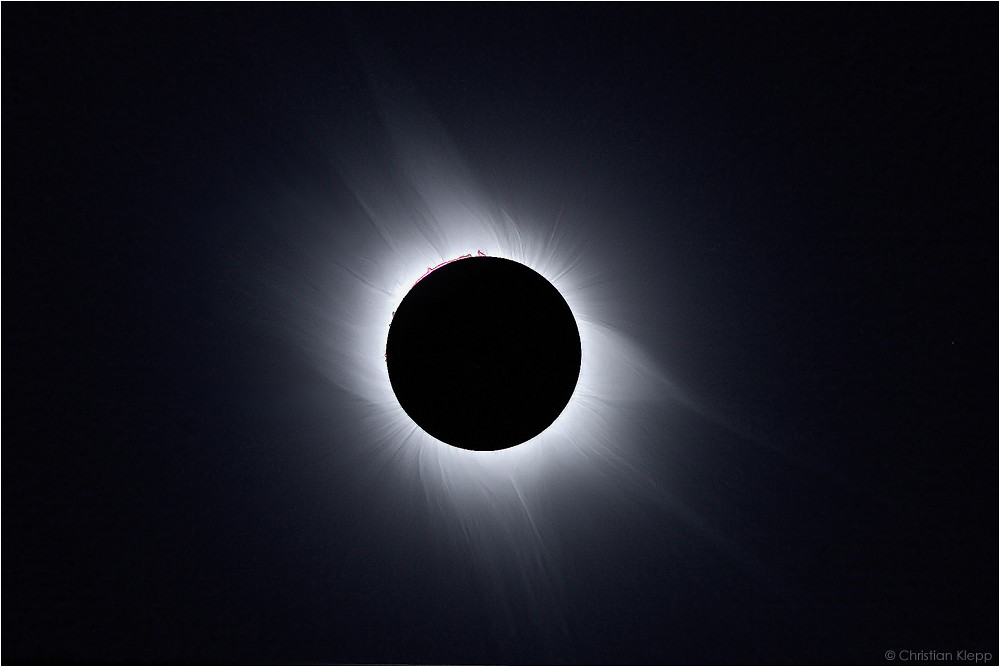 “In the beginning God created the heaven and the earth” The question is What Ra Material did God use? For Gnostics an Evil Demiurge used Dark Matter of course. Saturn occults the Sun Dec 25, in Egypt celebrated as the “Going forth of Wadjet”, the day Ra and Osiris (Saturn) unite. The theoretical Black Sun TULA in Egypt worshipped by the Nazi SS “Schwarze Sun” aka Thule Society in the New Age of Aquarius or Saturnian “Golden Age” are the 2 Focii or mathematical points in space around which Saturn orbits the Sun; they align with the Sun on Dec 25.

13 is the number of Rebellion to God; Gen 13:13 “Sins of Sodom” and Gen 13 “Great Tribulation” for example. TULA  aka Thule is the UNKNOWN GOD of the Areopagus “Mars’ Hill” in Athena ignorantly worshipped by Gnostics (Acts 17:24)

“Christmas” Annular Solar Eclipse “Halo” or Q formed coincident with Coronavirus “Crowned Serpent Venom”
Christmas (25 Dec) and Hanukkah (25 Kislev) are Saturnalia celebrations; Saturn seen in the Six Pointed Star of Saturn aka Black Star aka Chaldean STUR (Gematrically 666) and Saturn, the Supreme God of the Chaldeans. Hanukkah 2019: Dec 22-28, 2019: Daniel’s 70th Week? Dan 9:23-27 describes 70 Weeks to bring an end to sin and anoint the Most Holy; Hanukkah 2019 may falsely fulfill this. An Annular Solar Eclipse will form a Halo (Annulus) around the Moon “Midweek” on Dec 25-26, 2019. Divine Union: The Rising Sun deifying the Moon; chaldeans/Sabians called the Moon “Lord Moon”; Arabs call the Moon god “Sin”. The eclipse path begins at Sunrise over the Royal Hashemite Kingdom of Jordan and is centered on the Royal Hashemite Kingdom of Sulu and Sabah https://www.timeanddate.com/eclipse/solar/2019-december-26
Sabian/Chaldean Priests went by the title Rba, today’s Crypto fake Jewish Rabbis are Sabians have infected every religion on Earth, awaiting Geula (Redemption) of HaShem whom they teach is Melchisedek (King of Salem). Rabbis teach Melchisedek (Gen 14:18) was Shem; this is a Lie; Jesus is Melchisedek (King of Jerusalem, Priest of the Most High) in both Old and New Covenants (Hebrew 7). Hashemites originated with the Alternative Korahite Priests of Mecca “Quyraish” God buried in the sand (Num 16; 26:10); the Hashemite Kingdom of Jordan (Jordans were for Sabians “Living Water”) is Edom, Moab and Ammon (Dan 11:41) the 3 peoples who escape the hand of Antichrist during the Great Tribulation (Dan 11:38), the “Little Horn” who enters peaceably (Dan 11:24). Hanukkah “Feast of Dedication” is very big deal to Chaldeans; Saturn is their Supreme God, seen in the Six Pointed Star of Saturn, they are the Cult of Saturn aka Melchisedekians.
Royal is seen in the Chi-Rho “Crowned Messiah” seen in the Alchemical sign Px; P being the Qop “Eye of the Needle”; x means “Messiah” though not Jesus; Planet X is Jupiter. Hashem Chaldeans are Sabians aka Hahemites; Hashem is Rabbis Mochiach YHWH or Saturn who will enter through the Eye of the Needle, the East Gate of the Rising Sun or “Golden Gate”. Worship of the “Rising Sun” caused the Glory of the LORD to depart Solomon’s Temple (Eze 8); Jesus took the same route to Heaven when He was rejected as Messiah. Hashemites descend from the Korahite Alternative Priests of Num 16; Edom, Moab and Ammon escape the hand of Antichrist during the Great Tribulation (Dan 11:41); the God Particle is the God of Forces (Dan 11:38) Saba means “Leave one’s religion for another” aka False Converts or Crypto (Judaism), Marrano (Christianity) or Morisco (Islam); the Rising Sun is Saturn, worshipped ignorantly or not at Christmas/Hanukkah. Sulu (Star Trek navigator Hikaro Sulu means “Pure Light”; Japan means “Land of the Rising Sun”) and Sabah refer to the Rising Sun “Saturn” aka “Black Star”
Christmas (Sacrifice of Christ)-“Boxing Day”; (Boxes are Cubes representing Saturn eg Ka’aba=Cube); the Arab moon god is Sin; in Islam Allah “The God”. On the 24th of the tenth month, December, Arabs and Sabians (Chaldeans) celebrate the birth of their Lord, the Moon. Christmas is the Roman “Saturnalia”. Hanukkah “Feast of Dedication” is Dec 22-28, 2019. The Covenant with Many (Rev 11:1-14) is broken Mid-week in Jerusalem, when Antichrist kills God’s final 2 Witnesses Enoch and Elijah in the streets of Jerusalem, amid people sending gifts one to another; after 3 days they rise as the first taken to Heaven at the 7th and final Trumpet (Rev 10:7; 1 for 15:52; 1 Thess 4:17) Sending gifts is done at Hanukkah and Christmas. The Tree of Knowledge of Good and Evil is the Tree Jesus was Crucified on and the Tree set up at Hanukkah and Christmas in worship of the sun god. 2019 is a Siriusly Big Deal!

4 new man-made elements were added to the periodic table on Dec 31, 2015. Atomic #137 would be the Holy Grail of Astrophysics aka David Bowie’s “Black Star” or Ra Material. Ra is the Egyptian name of Saturn. The DNA of Light or Lucifer the “Light Bearer” if you prefer is the 33rd Prime Number 137. Light combined with the Fine Structure Constant 1/137 yields 137/137=ONE. A World seen as a giant Yin-Yang or Baphomet (Union of Spirit and Wisdom) under Satanic rule of ONE in the New Aeon of Horus. “Until we understand 137, we will understand nothing” Einstein
The United Nations Planetary Initiative “Nobody shall enter the New Age unless he or she accepts a Luciferian Initiation”. The United Nations Religions Initiative (URI) is a continuation and fulfillment of the Chaldean Ur. The Chaldean STUR (geometrically 666) is the Chaldean “Black Star”; gematria 666, symbolized by the Six Pointed Star of Saturn aka El, Ilu, On seen in BabEl “Gate of El” the Phoenician-Canaanite Creator, BabIlu “Gate of Allah”, the Arab god Sin aka “The God” or Babylon or “Gate of Osiris” aka Orion “Heavenly Light”. The Six Pointed Star is in all likelihood the “Mark of Cain”, God used to protect Cainites from death during the pre-Flood; at first he must not have been very popular! Accept the Mark of the Beast and Hell awaits.
At Ground Zero (Zoroaster=Star Seed) the Millennium Hilton stood next to the Twin Towers and now stands next to the One World Trade Center; it was modeled precisely after the Black Monolith in 2001: A Space Odyssey. Stanley Kubrick chose Jupiter for the Death-Rebirth of the Astronaut “Bowman” rather than Saturn with was used in the later movie Interstellar because people would have recognized the obvious Saturnian connection; I think he could have gotten away with it however, just like he hid the fake Apollo Moon landings in The Shining with Rm 237. Who is Bowman? Well David Bowie is obvious, but the Assyrian Asshur is also the Bowman; ever wonder why the Assyrian god Shamash is the center candle on the Hanukkah Menorah?
The choice God gave Adam and Eve was the Tree of Life or Tree of Knowledge of Good and Evil. JESUS is the Tree of Life; choose wisely. https://www.youtube.com/watch?v=kszLwBaC4Sw

Black Star is a mathematical fictional point 13M KM outside Earth from the Sun; a point which aligns with the Earth and Sun twice/yr on Dec 24 “Saturnalia” and June 24 “Feast of St John”.

1968 Strange Coincidences: Fire, Satanic Mass, Hair, Rosemary’s Baby, Apollo, 2001: A Space Odyssey The gunman blared the 1968 song “Fire”, the line “I am the God of hellfire”</strong by Arthur Brown; Brown is considered the inspiration behind Alice Cooper (AC), The Who (We Won’t get fooled again refers to Esau fooled into selling his Birthright), Kiss (Knights in Satan’s Service) Marilyn Manson (Marilyn Monroe + Charles Manson; in Say Ten, the admitted Satanist tears out Red Lettered pages of the bible and kills Donald Trump; he was the longtime partner of West World star Evan Rachel Wood) and David Bowie whose astronaut persona Ziggy Stardust originates from Zig meaning “Ishtar” or “Star”) In 1968 Rosemary’s Baby was released, depicting the birth of Antichrist; Rosemary is impregnated by Satan played by Anton LaVey. In 1968 Apollo (Apollyon “Destroyer” in Rev 9:11) Program begins.
On 1/8/16 David Bowie released Black Star; the album cover depicts a Solar Eclipse Halo which will occur on Dec 26, 2019. Bowie’s astronaut persona Ziggy Stardust symbolic of Astronaut David Bowman in the 1968 movie 2001: A Space Odyssey; the movie features a Plasma Emission guiding Lunar Astronauts to Jupiter (Kubrick who faked the Moon Landings originally wanted to use Saturn the “Black Star” for Astronaut Bowman’s Death-Re-birth) Over the Christmas (Christ=Messiah + Mass) 2016 holidays, Buzz Aldrin was air evacuated with pneumonia on a visit to the South Pole with assistant Christina Korp (Christ Corp) to Christchurch tweeting “We are all in danger, this is Evil itself”, his ER physician in Christchurch is Dr David Bowie. In 1968, George Bush was tapped by John Kerry (narrowly missed a destructive earthquake in Christchurch on his visit to the South Pole) for his Skull & Bones initiation. 8 years before the release of Black Star on 1/8/8 GW Bush was given Megillat Bush in Zedekiah’s Cave under the Temple Mount and proclaimed “Gog, Chief Prince of Meshech and Tubal” by the Sanhedrin who once order the Crucifixion of Jesus Christ and Temple Mount Faithful; GW Bush was named “Gog” in his 1968 Skull & Bones Initiation.
On 9/11/2015 a bin Laden construction crane (Osama bin Laden means Lion + Manger + Ladon Dragon; aka CIA asset Tim Osman) collapsed during excavations at the Grand Mosque in Mecca allegedly killing 111 people; the dig allegedly uncovered a Chest called Gabriel’s Ark. 2 weeks later during the Hajj another alleged Plasma Emission (like the one from the Black Monolith in 2001: A Space Odyssey) from the Ark caused a stampede killing 2000-4000 people. The Plasma Emission allegedly came from an unearthed box called the “Ark of Gabriel” with End Time messages from Angel Gabriel to Muhammad to be uncovered as the time of “Day of Resurrection” approaches. Don’t fall for the nonsense. The story spread around the internet by Sorcha Fall aka CIA COINTELPRO asset David Booth, which like Osman bin Laden/Tim Osman is another pseudonym. Osman I was the founder of the Ottoman Empire. David Booth and Feast of Booths aka Feast of Tabernacles is likewise too coincidental to ignore. Worth noting is Obama’s CIA Director John Brennan is a Wahhabist Convert; the whole affair wreaks of CIA Dis-information. The same day the alleged Gabriel’s Ark was unearthed, Jesuit Pope Francis had finished an address at the United Nations and was in Philadelphia (City of Brotherly Love) delivering addresses on his “Focus on the Family” campaign; the Family meant here is in my opinion Jacob and Esau; Esau’s love for Jacob means slaughtering all of them. The 2015 date completed the 8th Tetrad of Blood Moons on Passover and Feast of Tabernacles.
Angel Gabriel gave the warnings in Daniel 8 and announced the birth of John the Baptist and Jesus Christ; Muslims and Mormons are taught Gabriel delivered the Quran and Book of Mormon. Obviously the Word of God, Book of Mormon and Quran cannot all be true. Whatever the Box was was or wasn’t, Russia sent a Naval escort to pick up the package at the Custodian of Mecca’s request and transport it to Antarctica where Russian Orthodox Patriarch Kiril blessed it during a Christmas service at the Church of the Life Giving Trinity https://mysteriousuniverse.org/2016/02/the-ark-of-gabriel-antarctica-russia-and-the-apocalypse/ What’s in Antarctica? Dozens of Scalar EM Energy facilities capable of causing Earthquakes in diverse placed, Weather Modification and Lying Signs and Wonders; the technology Donald Trump’s uncle John Trump weaponized for the US Army and handed to Russia. The Simpsons episode Trumptastic Voyage featured the same Black Monolith in his hair; the 1968 Broadway musical Hair about the Age of Aquarius may ring a Baal. Aquarius is the New Age ruled by Saturn “Black Star”. In 1968, Church of Satan Magus Anton LaVey recorded Satanic Mass; the limited edition of the recording is due to be released on Walpurgisnacht 2019. Now if you think all this is coincidence better take another look!