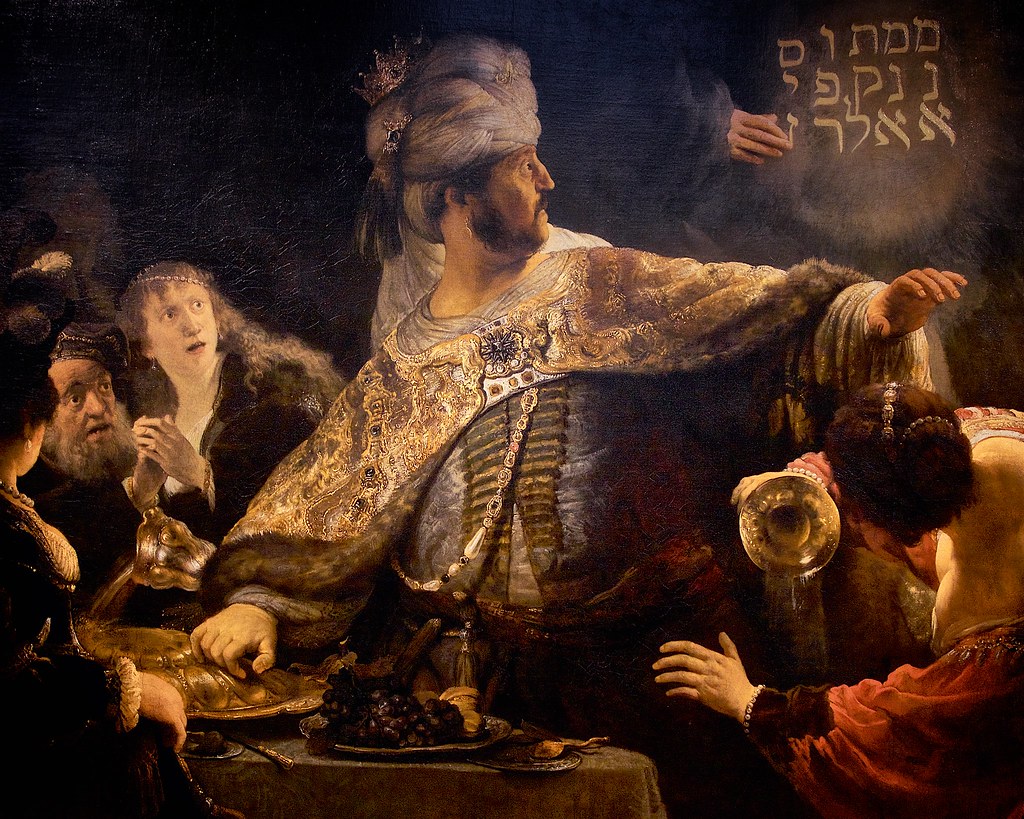 Singularity “Humans transcending Biology” as defined by Ray Kurzweil is predicted by 2025 according to Elon Musk. Limits to Growth a Rockefeller sponsored Club of Rome book published in 1971 predicts a massive world population 2022-2025. Kali Yuga the Global Age of Sin and Decay) reaches its zenith in 2025 according to many Hindus; Kamala Devi is named after the avatar of Kali. Deagel.com predicts a global population decrease by 2025. The Theosophical Society book Externalization of the Hierarchy published in 1957 predicts the physical manifestation of the Age of Aquarius in 2025 (Saturn is the Grim Reaper). The Great Tribulation lasts 3 1/2 years ending Feast of Tabernacles, the 6000th year of Creation (2 Pet 3:8) with the return of Jesus Christ. Therefore the beginning of the Great Tribulation would likely occur on or about Passover; 2022? We’ll soon see.

Signs of the Times

Comet 21/Borisov makes closest approach to the Sun on Dec 8, 2019 and to Earth on Dec 28; 2019 in time for Saturnalia/Hanukkah/Christmas! On Dec 26, 2019 an Annular Solar Eclipse will begin at Sunrise over Idumea (Moab, Ammon, Edom) at Sunrise progressing across Madras, India, home of the Theosophical Society which initiated Adolph Hitler and Joseph Hitler and across Malaysia, the Edomite Kingdom of Sabah and Sulu https://images.search.yahoo.com/yhs/search?p=dec+26+annular+solar+eclipse&fr=yhs-iry-fullyhosted_011&hspart=iry&hsimp=yhs-fullyhosted_011&imgurl=http%3A%2F%2Fwww.eclipsewise.com%2Fsolar%2FSEping%2F2001-2100%2FSE2019-12-26A.gif#id=13&iurl=http%3A%2F%2Feclipsophile.com%2Fwp-content%2Fuploads%2F2017%2F04%2F2019ASE-track-topo-med.jpg&action=click
God’s 2 Witnesses Enoch and Elijah will be killed mid-week and be taken to Heaven 3 days later in Jerusalem as people are sending gifts from one to another; Hanukkah? Rev 11:1-12 Gnostics don’t believe anything God wrote and certainly not Revelation, which Jesus delivered via the Holy Ghost 66 years after His Crucifixion. During this Eclipse, Saturn and Jupiter symbolically serve as the 2 Witnesses, a Chaldean-Sabian Wedding in the Heavens initiated by the Divine Union of the Sun and Moon on St Stephen’s Day (Stephen the first Christian Martyr means Crown and Martyr). https://theresnothingnew.com/articles/christmas-hanukkah-2019-covenant-with-many/

Sept 23, 2017 Jupiter born of Virgo The first comet Borisov (named after Crimean amateur astronomer Gennadiy Borisov) symbolically impregnated Virgo in Nov (Egyptian month of Aythyr=Hathor “Mansion of Horus”) 2016, giving birth to Jupiter 9 months later on Sept 23, 2017.
Oumuamua (Scout/Messenger in Hawaiian) an alleged interstellar asteroid passed by Earth coincident with the Sept 23, 2017 event; Hawaii means “Water and Breath of Life”.
Comet 67p was conjunct with the Moon as Jupiter exited the womb of Virgo; on 9/11/2014 the Rosetta Mission allegedly landed on Comet 67p; Rosetta is the name of the Hashemite (Descendants of the Korahite Priests in Lev 16:8-10; Num 16:32-33; 26:10) al Rashid Dynasty. Rabbis await their Moshiach HaShem.
https://web.archive.org/web/20180630144017/http://www.theresnothingnew.org/index/Jupiter_in_the_Womb_of_the_Virgin

Aug 21, 2017 On the Cusp of Leo and Virgo the Great American Eclipse https://web.archive.org/web/20180630144007/http://www.theresnothingnew.org/index/Great_American_Eclipse passed over 7 towns named Salem. Shalim the Canaanite god of the West is the source name of Jerusalem, the Great City Jesus refers to as “Spiritually, Sodom and Egypt” Rev 11:8KJV

Sept 20, 2017 Christ Angle https://web.archive.org/web/20180710161043/http://www.theresnothingnew.org/index/Sept_20,_2017_quot;Christ_Anglequot; Orion “Heaven’s Light” at meridian over the Pyramids in Egypt built to reflect Orion on Earth, on Rosh Hashanah (Chaldean Rabbi “Head of the Year” aka “Primordial Hanukkah”) with Regulus (Alpha Leo “Law Giver”) 26.3 deg above the horizon and Al Nitak “Wounded One” (Antichrist is the “Wounded One”; reflected as the Great Pyramid) The angle 26.3 deg of the Ascending and Descending passages of the Great Pyramid connects Bethlehem and Mt Sinai by the same angle. Osiris was called KRST in Egypt; the Going forth of the Wadjet on Dec 25 was the celebration of Osiris (Saturn). The odds of this happening by chance is Nil. 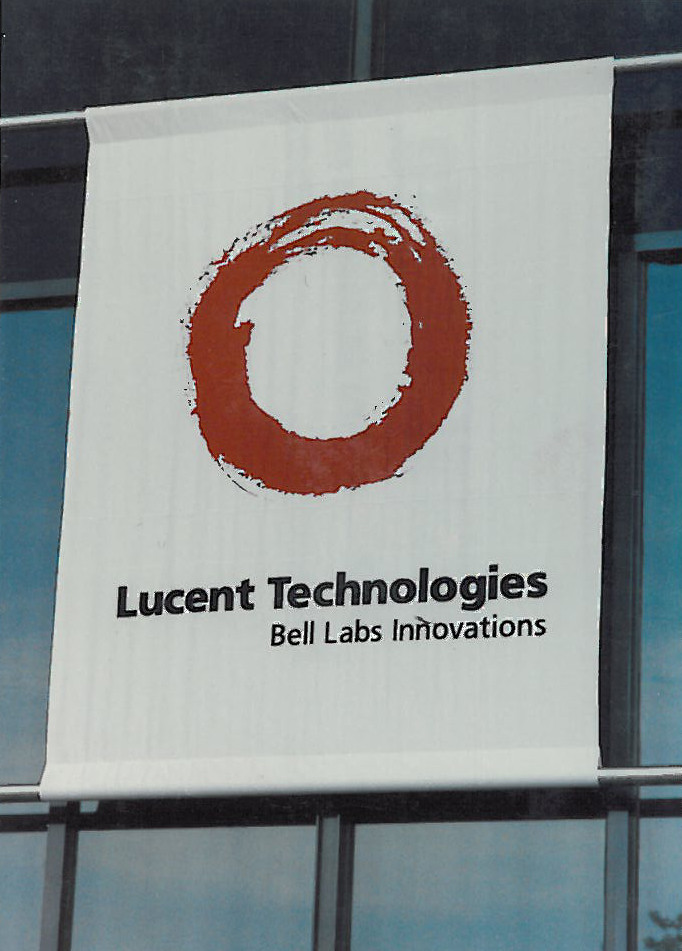 AT&T created Lucent (Lucifer’s Intel) uses the Red Dragon eating its tail “Ouroborus” as its logo and HQ at 666 5th Av. AT&T released the documentary “The Sign” https://web.archive.org/web/20180630144058/http://www.theresnothingnew.org/index/The_Sign on Sept 14, 2017; the trailer pictured an Annular Solar Eclipse; Great American Solar Eclipse? No, that was a Total Solar Eclipse; Dec 26, 2019 Annular Solar Eclipse? That’s my guess. https://www.youtube.com/watch?time_continue=3&v=Pm1KC_FZDeo&feature=emb_logo with a host of false teachers/prophets and Planet X and Planet 9 “Niburu” pseudo-Scientists. Sites like Unsealed World News https://www.unsealed.org and Rev 12 Blogspot https://rev12daily.blogspot.com interpreted as the Rapture of the Christian Church, a Jesuit invented Lie; what will this Borisov portend?
The speed/trajectory of the 21/Borisov Comet is claimed to have originated outside the Solar System; the 2nd such Visitor since Oumuamua “Scout/Messenger” was discovered, roughly coincident with the Sept 23, 2017 Comet Borisov and symbolic birth of Jupiter from Virgo.
23 years ago AT&T formed Bell Labs and Lucent Tech; Rev 23 is written to Revelation right after Jesus’ warnings against adding or subtracting from scripture; Dragon and Blasphemy occur 23 times in Scripture. Bel/Belus is the Phoenician form of the Canaanite Baal, the son of El (Saturn) and Asherah (Grove); Plan 9 (Planet 9 is Nibiru, pure undiluted Bullshit!) developed Inferno (Hell) operating language using Styx (River in Hell) protocol and the Dis (Pluto, god of underworld wealth and riches ie Diamonds, Gold, Silver, all of which Antichrist will control in the Great Tribulation Ref Dan 11:38) virtual machine language. It may be hard to believe so many people worship Satan, but remember, Jesus represents the Narrow Gate to Salvation; 666 represents the Wide Gate.
2018 had more strange Signs of the Times Tisha b’ Av 2018 (Exodus, 1st and 2nd Temple destructions, Bar Kochba Revolt, WWI&II, Gulf Wars 1&II, Libyan War) A Stone fell from the Western Wall just after Tisha b’Av July 24, 2018
Sukkot 2017 Blue Mist rose from the Temple Mount on the last day of Sukkot; Rabbis turn the day Jesus was Circumcised into the Great Day of Sikkuth (Saturn) Why blue? Blue is the color of Zeus, the son of Saturn.
Nov 1 “All Saints Day” A Viper crawled out of the Western Wall to attacked a Pigeon; doves and pigeons are the only acceptable sacrificial birds in the Old Testament.