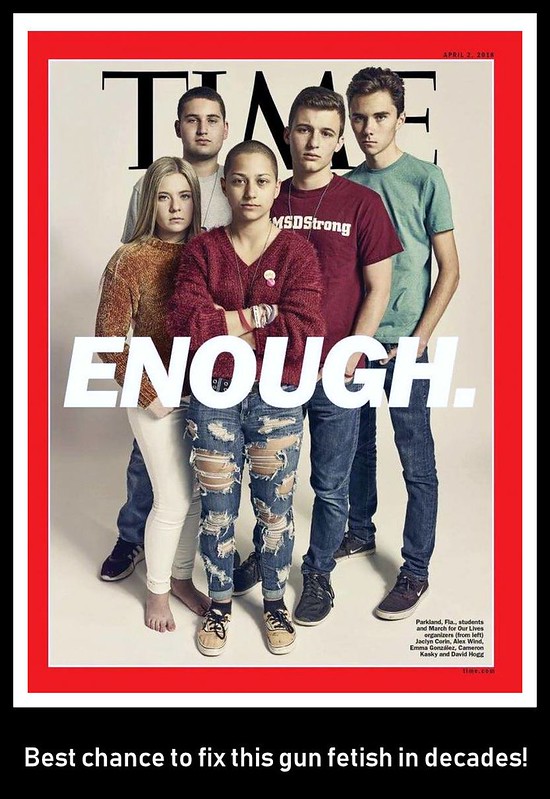 Nicholas Cruz (St Nicholas/Nicolaitane=Victory People + Cross) pleads guilty Oct 21, 2021; Life in Prison or Death Penalty? https://sfreport.blogspot.com for a staged Hoax by ex-FBI Agent David Hogg’s father and Cubic Simulations? I guess the sheep will fall for anything! Ashkenazi fake Jew Judge Elizabeth Scherer “Sheep Shearer” has had this case on the docket for 3 1/2 years since Ash Wednesday/Valentines Day 2018 and just now a guilty plea from a child actor named Victory People + Cross? Rather coincidental eh? The Ashen Crosses on Ash Wednesday are of Babylonian origin, when Ashkenazi fake Jews like Elizabeth Scherer replaced the tribes of Israel; they  represent  the Cross of Tammuz and 40 days “Weeping for Tammuz” (Purify by Fire); ashes used from the previous year’s sacrifices burned for the new year’s celebration. Valentine’s Day “Lupercalia” involves the sacrifice of a Dog and Goat before a ritual Orgy. The application for March for our Lives demonstration starring Media Darling, Liar and Author Dave Hogg was made “Several Months prior” to the event. Drama teacher Melody Herzfeld accepted a Tony Award on June 10, 2018 for her role in the Hoax.
Lent 2018 began on Valentine’s Day on the Ides of Februalia on Day #44 is “Lupercalia” Day of the Wolf. In 2018 Valentine’s Day is coincident with Ash Wednesday and the start of Lent. In Gematria 44 is Blood (Dam); menstrual blood soaked Goat Skins were worn by Gnostic Priests of Valentinus “Luperci” in the 1st C AD.
Lent + 40 Days “Weeping for Tammuz” (Eze 8:14; Tammuz means “Purify by Fire”; Tammuz is the son of Saturn aka Horus, Zeus, Marduk, Jupiter)=April Fool’s Day, Feast of First Fruits, Easter Sunday and the Assyrian Akitu Festival marking the return of Marduk. At the end of her purifying, the woman (Ishtar) shall bring forth a lamb for a burnt-offering; JESUS is the Passover Lamb (Lev 12:6; Lk 2:22); Passover 2018 begins on Good Friday, the false Crucifixion, 1 1/2 days ahead of Easter, the false Resurrection Day. Pretty coincidental all this lines up with the day Jesus was sent on Fool’s Errands, rejected and Crucified isn’t it? Or NOT!
Aleister Crowley’s Liber 44: Mass of the Phoenix details the holocaust of the Phoenix as “Lord of the Jubilees”. Rabbis call Hebrew Year 5778 “Year of Moshiach”; Shamash aka Marduk is the “Rising Sun”; pretty coincidental the temperature of the Sun’s surface is 5778K eh? The 10th Jubilee (Ref Prince Melchisedek Scroll, Rabbi Judah ben Samuel, Tzaddiq Baal Shem Tov) ends on St Patrick’s (Ptah) Day.
Day #77 on Mar 17, 2018 St Patrick’s Day marks the start of the 70th Anniversary of Israel; God’s gathering of the Tribes of Israel? Not on your eternal life “The virgin of Israel has fallen, she shall no more rise” Amos 5:2 St Ptah Rek heralds the return of Melchisedek; the Cult of Saturn are called “Melchisedekians”. God’s timing is on vivid display; Time’s Up folks! The Golden Age of Saturn is here; as Golden Globe Award recipient Oprah said “A new day is on the Horizon” Zeus means “Day”=”Horus of the 2 Horizons”=Tammuz, the ash “T” placed on foreheads at Lent.
Heart means Baal. The Sacred Heart of St Valentine can be seen on the short video I, Pet Goat II; (www.Heliofant.com) no folks, that is not the real Scapegoat (Num 16:8-10) Jesus Christ in that video, it is the New Age Christ “Antichrist” on the Barque of Horus sailing towards the Rising Sun “Saturn”. It’s all there in plain sight; the destruction of America as the Scapegoat; the Apple (Lycaon Werewolf Apollo) split on the Masonic Floor over C=$100 and L=$50 (NYC and Hoover Dam destroyed); Osama bin Laden wearing a CIA patch and the New Aeon of Horus beginning. V means Nail, referring to the Nails that held Jesus Christ to the Tree. Who is Heliofant? Helio=Helios=Sol=Solis Invictus “Unconquered Sun”=Saturn + Hierofant “Sacred” + “Revealing”. Ready for the Sacred Heart to be revealed? If not I suggest a one on one personal relationship with Jesus Christ is in order.
Ash Wednesday and Easter are not Catholic (Universal) much less Christian. Good Friday is 1 1/2 days before Easter and has nothing to do with the Crucifixion or Resurrection of Jesus Christ which occurred on Passover and Feast of First Fruits. In 2018 Passover begins on Good Friday Mar 30. Priests use sacrificial ashes to form the Tau on a person’s forehead; Jesus was Crucified on a Tree not a Cross. The Tau represents worship of the Rising Sun; Saturn and his son Tammuz; in Ezekiel 8 25 men turned their backs to the LORD and worshipped the Rising Sun in the East while women wept on the porch for the slain and resurrected Tammuz; the 25 ancients of Israel are called the Sanhedrin who later sent Jesus Christ on “Fool’s Errands” (Annas to Pilate to Caiaphas to Herod and back) ordered the Crucifixion of Jesus Christ. In Egypt the Tau is the Ankh; in Babylon is symbolized Tammuz (Tam=Purify + Muz=Fire) aka Holocaust. Tammuz is equivalent with Marduk, Zeus, Jupiter, Horus, the son of Saturn (Satan), essentially the deification of Bab El (Gate of El) Bab Ilu (Gate of Allah aka Sin), Babyl on (Gate of Osiris).
Easter (Isis, Ishtar, Ashtoreth) is the Whore of Babylon/Babel riding the Beast (Zeus/Tammuz/Marduk) aka Europa, seen at the European Parliament, built as unfinished Tower of Babel with Seat #666 (Mark of the Beast) held vacant, but not for long.