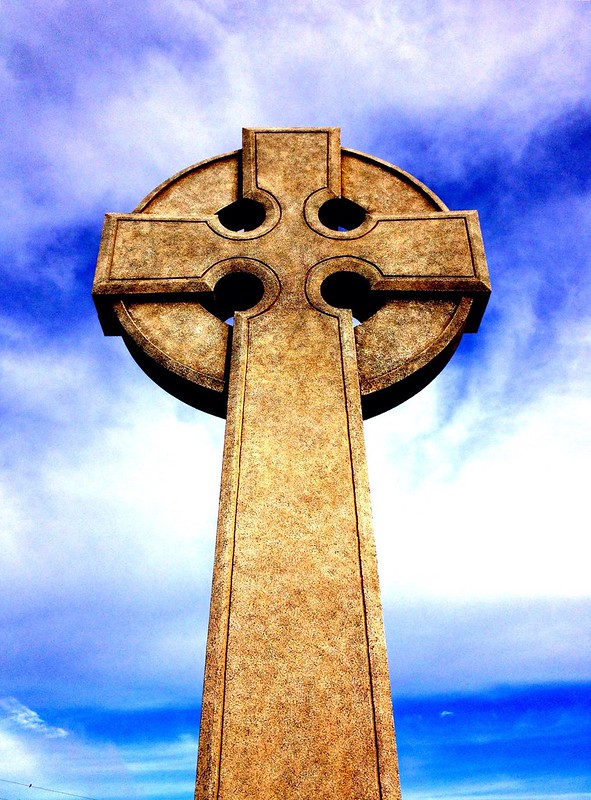 St Patrick’s Day
St Patrick is myth, a US created Drinking Day on par with Cinco de Mayo. Patrick was not Irish, nor a Saint; rather a Druid from Scotland named Mcewyn Succat (Mcewyn means “Born of a Yew” the Druid symbol of Death/Re-Birth is synonymous with the Crucifixion Tree. The name also means John, the Chaldean Beast Rising from the Sea Oannes aka Dagan; the Mitre worn by Catholic Popes. Succot=Saturn; Again simply more hidden Chaldean double speak) or Palladius (Palladium Rite in Masonry may ring a Baal; Palladium means “Of Pallas”; the Sacred Image of Pallas-Athena the “Spear Shakers” was the “Safeguard” of Troy” and lent its name to Shakespeare aka Sir Francis Bacon aka Jesuit Toby Mathew). Scotti were Pagans, a mix of Egyptian-Scythian who arrived in Ireland first. St Patrick’s Day celebrated his Death not Birth. The Shamrock is not the symbol of Ireland, the Harp is; St Patricks was originally a Dry Feast Day turned into a Drinking Day in America much like Cinco de Mayo (Karl Marx’ birth) was. Corned Beef and Cabbage is no more Irish than a Leprechaun; Picts “Painted Ones” brought Faries, Leprechauns, Fauns, Elves to Ireland with Black Magick. The 4 Leaf Clover is not the symbol of St Patrick; the 3 Leaf Clover is used to symbolize the Trinity; no not Father, Son, Holy Ghost, but Ptah-Seker-Osiris. St Patrick did not drive any Snakes from Ireland; there were none. The Irish Book of Kells changes the Tribal standard of Dan from the Snake to and Eagle to hide its Druid roots; the  Tribe of Dan is described as a Serpent (Gen 49:16-17); Druid Priests like Patrick were called “Adders”. St Patrick’s color is not Green; it’s Blue because St Patrick is Zeus aka Dyeus “Day”; think Braveheart here and you’ll be closer to the truth.

Patrick “Ptah Rekh” means King Ptah; Egyptians knew him as Serapis; Osiris (Saturn) in full aka Osiris-Apis rather than merely the Apis Bull as the Spiritual embodiment of Osiris. Apis means Bee; Chaldean for Word; thus St Patrick and Serapis are literally Chaldean Bullshit.  Ptah is the “Master Craftsman” of the Freemasons, essentially the Grand Architect of the Universe seen in the Masonic G (Green Man; Geo=Earth) in the Square and Compass. The Serapis Cult spread worldwide by Ptolemaic Kings in the Greek Era; Egypt is Aegyptios “Land of Gypsies” given to Kemet (Black) by the Greeks. Saturn/Osiris is the Black Star, Black Sun worshipped by the Nazis as well as Osiris being “Green One” aka Bacchus, Dionysus, or the Arab al Khidr; clever eh? Serapis originated in Babylon as Ea (Enki) aka Sar Apsu (Prince of the Watery Abyss) aka Zeus, Roman Jupiter, Edomite Qos (Qos=God of the Rainbow and Leprechauns may ring a Baal) hence the similarity. Samaritan Priests in Israel worship the same figure in Zeus/Serapis/Qos.

The Celtic Cross is Chaldean, depicting the 4 quartered Earth. Ireland is the “Emerald Isle”; Emerald or Green Sapphire is the mythical stone cut from Lucifer’s Crown in his fall from Heaven; Green because Green Man is Dionysus, Bacchus, Osiris, Qos or Serapis. The Going forth of the Wadjet (Wadj means Green) is Dec 25, the birth of Horus, son of Osiris.
St Patrick’s is Day #76, in Leap Years Day #77. Erin go Bragh (Eire go Brach) means “Ireland until the end of time or Doomsday”; when? Irish Kings claim to have intermarried with the daughter of Israel’s 44th and last King Zekekiah “Tea Tephi” (Tepi means Time, so this is a reference to Zep Tepi “First Time” in Egyptian myth aka Saturn/Osiris “Green Man” the Primordial Sun), taken to the Hill of Tara with Jacob’s Pillow; Antichrist “Green Man” will arrive and cause the Stone to Scream; what you ask? Bullshit! Liber Oz: Book 77 has one axiom “Do what thou wilt” Ireland “Emerald Isle” is Oz; Emerald City ring a Baal?

Augustine of Hippo was trained by Phoenician Priests in Carthage; Mormon Church founder Joseph Smith was killed in the Carthage Jail; Mormons are the Cult of Melchisedek in America. Egyptians and Freemasons consider Ptah to be the Master Builder and Creator of the Universe, the father of Atum from which the word Atom is derived; Atomic Theory is also Chaldean Bullshit. Ptah is part of a Trinity with Ptah-Seker-Osiris. Seker is the god of healing associated with the Healing Priests of Saqqara called the Order of Melchisedek. Seker is equivalent with Aesculapius the Theraputae of Pergamon “God of Healing” whose Snake wrapped Phallus is the symbol of the $ONE, and WHO Apis Bulls are buried at the Memphis Necropolis at the Temple of Saqqara, and achieve immortality as Obelisks “Shafts of Osiris” like the Vatican City Obelisk in St Peter’s Square, St John Lateran Obelisk at the Jesuit HQ “Arch-basilica of St John Lateran” (Lateran means Hidden Frogs, the unclean spirits of the Devil, Antichrist and False Prophet (Rev 16:13), NYC, Paris, London Obelisks and others.

The Pyramid of Saqqara (Ptah-Seker-Osiris) architect? Ihmotep. Imhotep is also myth, the name meaning “To Come in Peace” referring to Antichrist coming in Peace. Osiris aka “Green One”, god of the underworld is Saturn, symbolized by the Obelisk. The Apis Bull symbolized incarnations of Ptah; Apis means Bee and Word; Chaldean Dabar=Bee=Word; so the Chaldean Word made Flesh became Serapis, a figure which became immortalized in Zeus and confused with Jesus Christ, the real and only “Melchisedek”, immortalized in stone as Obelisks. Abram met Melchisedek; in offering Tithes and establishing the Covenant with Melchisedek; Abram became Abraham as did his wife Sarai, renamed Sarah. The “h” in Hebrew means “God is with me”. Melchisedek means King of Jerusalem and Priest of the Most High. Don’t confuse Melchisedek with the Ptah-Seker-Osiris Trinity which was shortened to Serapis a Blasphemous conbination of Seker, the god of Saqqara; the Apis Bull aka Golden Calf or Wall St Bull; Ptah, the Master Craftsman immortalized as Osiris (Saturn) and the Six Pointed Star (Chaldean STUR=666) of Saturn/El worshipped the world over; quite a Satanic Coup de Grace eh?