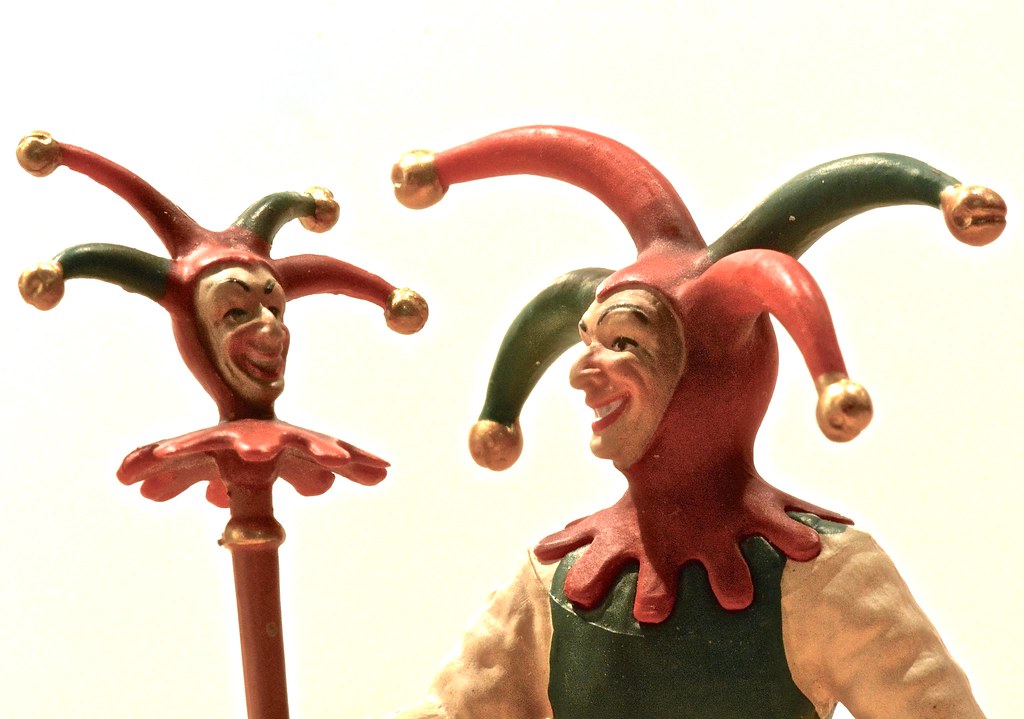 April 1 “Fool’s Day” and Jan 1 “Feast of Circumcision” are 3 months apart as are Tabernacles (actual birth of Jesus Christ) and Christmas, (birth of Sol Invictus). The Roman Saturnalia aka Christmas begins on St Lucia Day “Bride of Light” lasting a week; the Pope (Father here refers to God the FATHER as well as the Roman Pontiff) was mocked as “Lord of Misrule”. When Jesuits took over Rome in the mid 1500’s New Year became Jan 1 named after the 2 faced god of beginnings “Janus”; the original Feast of Sub-Deacons became “Guild of Fools”, the original “All Fool’s Day”; pretty hilarious eh? George Bush Sr “Magog” hilariously allowed 150,000 Iraqi conscripts to accept a Truce on Purim in 1991 before burning them with fuel-air bombs and burying them along the Highway of Death; his son George “Gog” Bush hilariously launched the Shock and Awe (Shekinah) campaign using Depleted Uranium Core Tomahawk Cruise Missiles at Baghdad by accusing his business partner Saddam Hussein of involvement with Al Qaeda; if that’s not funny enough, 20 years after the first and 8 years after the 2nd, Obama hilariously sent Depleted Uranium bombs and missiles to “Protect Libyan Civilians”. J Robert Oppenheimer quoted the book attributed to Krishna “Bhagavad Gita” after witnessing the Trinity Atomic explosion of the bomb named “Gadget”; “I have become Death, the destroyer of world’s”. It was a Plutonium Bomb first used on people at Nagasaki called “Fat Man” and later used in Reactor #3 at Fukushima in Sendei Japan. Malaysian #370 is just another Huli Fool prank, albeit one that has garnered the attention of 4 plane loads of CDC Epidemiologists, sent to Diego Garcia. Come on people, sending God on Fool’s Errands before killing Him is just good fun! NOT!!