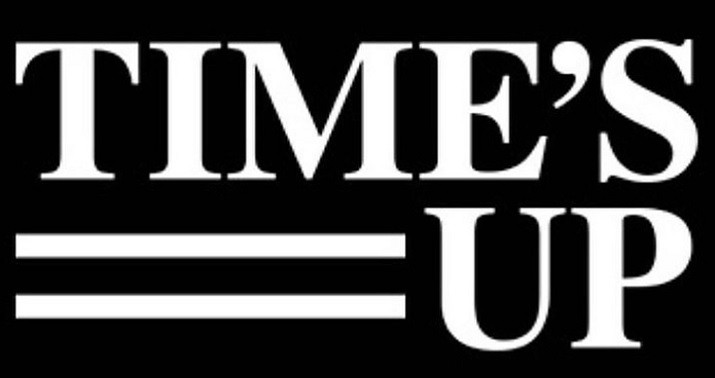 Time means Befall or Divide Jesus Divides Sheep from Goats. Goats will hear “Depart from me, I never knew you” Mat 7:23; Lambs will be in the Wedding of the Lamb (Rev 19:7)
Time is not Relative; Einstein Lied. Space-Time is Gnostic nonsense created from Black Matter; Saturn is called the Black Star or Primordial Sun
TIME’SUP is written in Capital Letters meaning SPIRITUAL TIME is UP. Up means “Over, Above; Up from Under or High Place”; Time is Chronos aka Grim Reaper. The Equal Sign means Identical, Equality, Just, Level, Uniform. Liberty, Equality, Fraternity is the Gnostic slogan used repeatedly in Revolutions. The first Lie Satan promised was “Ye shall not surely die, but be as the gods” In other words, Satan’s Time has come, to exalt himself as God (Dan 11:36)
Time is measured on Earth by observation of the apparent movement of the Sun, Moon and Stars (Gen 1:14)
The article on Time covers more detail including Dendrochronology, Radio-metric Dating and Radio-Carbon Dating; the point is Time’s Up folks!
https://theresnothingnew.com/articles/time/

The Sphinx faces East toward the Rising Sun (worship of the Rising Sun caused the Glory of the LORD to depart Solomon’s Temple and is seen today in the Statue of Liberty (Isis), Lady Freedom on the Capitol “Womb of Zeus” or Angel Moroni for Mormons for example. Solar Priests of On (Heliopolis) and earlier as Shemsu Hor (Priests of Horus; today seen in Nation of Islam worship of “Shabazz” ie Royal Falcon “Horus”) used the Great Pyramid to track the circumpolar passage of Alpha Draco “Thuban” which means “Basilisk”; thus the Solar Year and Stellar (Star) Year were recorded immediately after the Flood caused the Axis to Wobble producing “Axis Precession”.
The Ensign of Israel is the Six Pointed Chaldean Star of Saturn; Shamash, the Babylonian Sun Lion is called the Calf of the Sun; the original Golden Calf. Project 911 on Site 911 “Beit Shemesh” (House of the Rising Sun) is an underground radiation hardened bunker, built for the arrival of Satan on Earth at Rev 9:11; this will be 18 months (30 day months), 1 day, 1 Hr before the 2nd Coming ie 541 Days. 1656 Years Creation to Flood; Bull worship is plainly evident, seen in the Golden Calf (Shamash is the Calf of the Sun) and Apis (Word) Bull because the Rising Equinox Sun was in Taurus; the Calf of the Sun being the Son of Saturn who ruled the Pre-Flood age according to Gnostic tradition. How long was the Sun in Taurus before precession to Aries? My guess is 21 years because 21 is the biblical age of Accountability and Adulthood. Sarmation “Priest-Kings” aka Melchisedekians are the post-Flood Cult of Saturn; Sargon the Great was pronounced “King of the World” because of a significant event at his birth; the precession of the Sun from Taurus into Aries (Supreme Ram).
Aries+2160 years=Pisces
Maccabees (Hammer: Nails used to Crucify Jesus were “Hammered”) cleansed the 2nd Temple altar of Zeus Capitolina (Womb of Zeus) of Pig’s Blood 2160 years after the Age of Aries began; 2019 is the Chinese Year of the Earth Pig
Jesuits are the Society of Gesu (Ge=Earth + Sus=Pig) and consider the St John Lateran Arch-basilica to be the “Mother of All Churches and Religions Worldwide”; Scala Sancta the steps Gnostics claim Jesus climbed to be sentenced for Blasphemy was just installed at St John Lateran; John=Oannes the Chaldean Beast Rising from the Sea, seen in the Golden Mean Phi, the Pisces Symbol. King Arthur is the “Once and Future King” of the Druids (Knowers of Trees); the Aquarian Cross represents the Golden Mean and stands atop Glastonbury Tor.
Pisces+2160 years=Aquarius, a return to the pre-Flood age ruled by Saturn, seen in his son Zeus/Jupiter/Marduk/Horus/Tammuz etc. LGBTQ+2, Pedophilia, Pederasty. In mythology, Zeus in the form of an Eagle (Nisroch=Assyrian Eagle=Saturn; 2 Ki 19:37) abducted the Cretan Prince Ganymede taking him to Olympus for “Initiation” ie Sodomy, seen as the Knights Templar Logo at the City of London Corp which lays claim to every physical asset on Earth. Sodomy is derived from CeDom “To Burn”.
The Moon is the supreme Sabian/Chaldean God “Sin”; the Moon will have a Solar Halo on Dec 26, 2019 over the Hashemite Kingdoms of Jordan (Idumea=Edom, Moab and Ammon) and the Hashemite Kingdom of Sabah (aka Lemuria/Mu; today Indonesia/Malaysia/Philippines); Box/Cube refers to Saturn; the day is also revered as St Stephen’s Day; Stephen means Crown/Martyr seen in the Solar Halo/Crown on Dec 26, 2019.
1656+2160+2160=5976years. Jesus will return when Creation is exactly 6000 years old (2 Pet 3:8) Add 21 years for Sargon the Great to be legitimately titled “King” and we can easily see the final 1260 day Great Tribulation.
Sabian-Chaldean Priests are Rabbis. Their title is Rba or Rabbi which is why Rabbis for 2200 years have planned for the return of Melchisedek (Arab “al Mahdi”) for the time we are in now.
Nicolaitane Doctrine (Elevated Clergy) began with the Catholic Church  under Constantine the Great and his mother Helena; Constantine a Canaanite descended from a family of Syrian Priest-Kings through Julia Domna, wife of both Septimus Severus whose sacrificial arch is recreated in the Berlin Museum of Pergamon and Caracalla whose decree of citizenship for all of Rome allowed Helena, a British Druid princess to lead the Roman Empire to ruin. Sancta scala, Crown of Thorns, Crucifixion Nails, pieces of the Cross, Mt Sinai in Egypt are all Druid Relics brought to Christianity by Helena; worshipping Relics will not get you in Heaven!
In Washington DC is “The Awakening”; a giant idol of the Beast rising from the Earth aka False Prophet; notice it has the same name as QAnon: Welcome to the Great Awakening and the logo is the Solar Halo; Dec 26, 2019? A fairly good bet in my opinion.
Remember, the Catholic “Universal” Church was begun by Nicolaitanes ie “Priest-Kings”, exiled from Babylon to Crimea; at Sochi “Flame” Prometheus (Fore Thinker) breaks free of his chains and the Eagle pecking his liver; the Eagle is America, the military arm of the Saturnian Priest-Kings “Melchisedekians” whose HQ Washington DC is Sovereign Territory just like the City of London Corp and the Vatican now in control of the Temple Mount and led by Jesuits. It really can’t get a lot more obvious we are approaching the Great Tribulation; Earth is at or near 5996-7 years of age.

Jacob’s Trouble (Jer 30) is associated with Gog and Magog, not Armageddon. Why? Jacob is not in Israel; Babylonian, Medean (Iranian), Cuthite, Canaanite (2 Ki 17:30), Ashkenazi (Germanics Gen 9:27), Sephardic, and Mizrahi (Gen 10:13) imposters are in Israel.  Dialectic is controlling both sides; this is how it works.