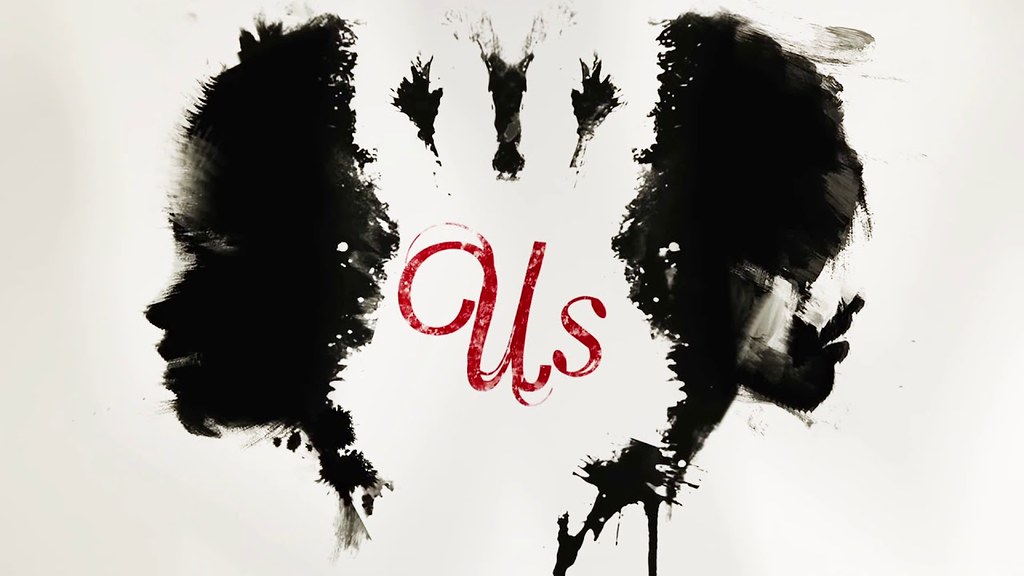 Us was released in the US on 3/22: Society 3:22 “Brotherhood of Death” aka Skull & Bones Society may ring a Baal; Adam was seduced into Sin by Eve in Gen 3:22. 33 years ago Adelaide was tricked and replaced by Red in Merlin’s House of Mirrors in Santa Cruz CA; she then becomes the only Twin with Free Will. 33 was the age Jesus was Crucified in the House of His friends, a house full of Edomite imposters (Obadiah). 33 degree Freemasons are Sovereign, free of restraint (Tethers); the only person in the movie with Free Will is Adelaide tricked in Merlin’s House of Mirrors as a child, Adelaide is the Red Messiah. In 1986 Red Communist Russia allegedly destroys Space Shuttle Challenger and causes the Chernobyl disasterusing Scalar EM weapons http://goldenageofgaia.com/2010/05/05/tom-bearden-how-the-russians-brought-down-the-space-shuttle-challenger/, Hollywood “Holy Wood” actor and ex CA Gov Ronald Reagan gave a speech at the UN calling for an Alien Invasion to unite the peoples of Earth toward their common goal as Oliver North began shredding Iran-Contra documents and Hands across America attempts to connect New York City and Los Angeles. Ever wonder why Russia is called the Bear or California uses the Bear on its flag? or why the movie’s Hands across America started in Santa Cruz? Hint: Same reason Christopher Columbus (Christ-Taufr=Red Messiah + Colmubia=America) used the Red Cross on his sails. The US is the Phoenix of the New Age; out of the ashes of the Phoenix, New Atlantis will rise or so say the “Coneys named after unclean bird “Coney”; Coney Island takes its name after Francis Bacon’s “Coneys”. New Atlantis: A Worke Unfinished as about to cut the final Tether; make sure you don’t get fooled like Esau did.
George W Bush said after 9/11 “You are either with us or with the terrorists”; referring to Baathist (Re-birth/Renaissance) Sunni 33 deg Freemason Saddam Hussein and al Qaeda as “Evil Doers” “Behold, I will bring evil upon them which they shall not be able to escape; and though they shall cry unto me, I will not hearken unto them” Jer 11:11 God is the “Evil Doer” in this scenario.
Doppelgängers
Adelaide “Of Nobility”. Noble Caste refers Saturnian Black Nobility, offspring of the Primordial or Black Sun. Adelaide’s father Russell means “Ruddy/Red”.
Red “Ruddy; Rod; Rood” Ruddy means Red, the name God gave Esau after selling his Birthright for a bowl of Red Beans. Rod refers to Rebecca’s brother Laban (To Make White) who tricked Jacob into marrying Leah whom he thought was Rachel; Rods were used to separate Laban and Jacob’s cattle. Rood means Cross; the Cross of Tammuz or Tau Cross is not Christian in any sense; Tammuz means “Purify by Fire” or Holocaust which is what Red’s son did to his Doppelgänger by manipulating him into the flames as a puppet.
Rayna Bulgarian for “Queen” Bulgaria is named for Bogomils, a Gnostic branch of the Cathars “Pure Ones”, thus Rayna is Adelaide’s mother; Gnostic Nobility. Her father Russel means “Ruddy”; Esau sold his Birthright and came to be called Edom=Ruddy. Her Tether is Eartha “Worldly” or Gaia; Earth Dwellers are first mentioned in Rev 13:8, they sold their connection “Tether” to God.

Gabe Gabriel is the messenger angel of Israel, meaning “Strong man of God”; in Arabic “Tyrant of El” “Saturn”. Muslims and Mormons believe Gabriel delivered the Quran and Book of Mormon to their respective False Prophets “The law and prophets were until John” Lk 16:16
Abraham “Father of the Multitude”, the Covenant with Abram was rejected by Ishmael and Esau; Abraham-man came to be a derisive term for Mendicant Frauds.

Jason Same root as Joshua or Yehoshua; the leader of the Argonauts searching for the Golden Fleece in the underworld.
Wilson “Desire/Will/Helmet”; recall Wilson in Castaway? Weyland The Corporation in the Alien Franchise.
Pluto Hades, the son of Saturn, god of the underworld wealth; gold, silver, gems are found underground, inside the Earth; this his grandmother is Eartha.

Becca-Lindsey “Tie, Bind, Join” Rebecca gave birth to the Twins Jacob and Esau; she fooled Isaac into giving Jacob, the blessing she thought was meant for Esau, her first born. Lindsey is Scottish for Linen/Cloth. Twins born of the same cloth with very different outcomes.
Io-Nix Io is the mortal lover of Zeus/Jupiter (Rabbis call Jupiter Tzaddiq=Righteous) who gave birth to Perseus the Magic Mushroom god of Christmas. Nix means Nothing/Naught. Noteworthy is the movie release on 3/22 was the morning after Purim “Bring to Naught”.