NASA
SATURN V=”SATURN’S NAIL” Apollo=Apollyon “Destroyer” Orion=Heaven’s Light “Osiris”     FREEMASONINFORMATION.COM/MASONIC-EDUCATION/FAMOUS/MASONIC-ASTRONAUTS/
https://www.youtube.com/watch?v=nX_QsRJx1J4
…let us build us a city and a tower, whose top may reach unto heaven-Gen 11:4
Alien: “Strange, Foreign, Belonging to another” Jesus: Alpha, Omega and Shiloh “He whose it is”

NASA Orion (Heaven’s Light=Osiris/Saturn) and Lunar Gateway the proposed Lunar Orbiting Station is literally the “Gate of the Gods”; BabIlu means “Gate of Allah”, the Moon god Allah is Sin, literally “Gate of Sin”
“Space the final frontier…to go where no man has gone before”
33deg Mason Sci-Fi writer Gene Roddenberry’s tag line for Star Trek’s Enterprise (Vulcan is Tubal-cain the artificer of metals, the Vulcan Sign is the Rabbis Sign of Shin celebrating the metal Nails used to Crucify God; Kirk is Scottish for Church, Kirkin O’Tartan is the April 6 Presbyterian Church celebration of the Assyrian Army Commander Tartan deporting real Israel; Scotti are the pagan Scythian conquerers of Great Britain, Sulu is the Kingdom of Sabah and Sulu; Checkov is Russian for “Son of the Devil” and Uhura the Zoroastrian “Undiluted Star” Ahuramazda aka Lucifer) is familiar to most; Scripture says Space is “Nothing” “He stretcheth out the north over the empty place, and hangeth the earth upon nothing.” Job 26:7 Space, the place of Nothing is thus outside the Van Allen Belts. Frontier means “Front line of War”. Make no mistake, Christian followers of Jesus, the Word of God made Flesh (Jn 1:1;14; 1 Jn 5:7KJV) are in a War and Space is the “Final Frontier” 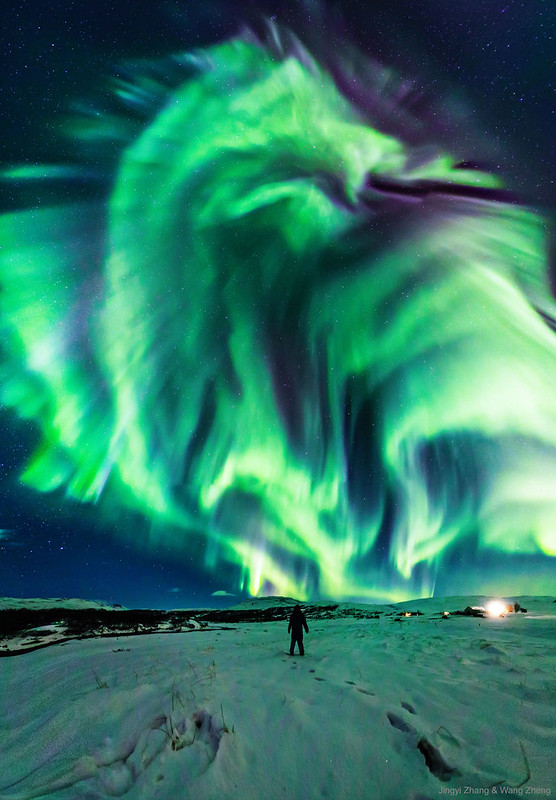 “Solar Magnetic Field interacting with Earth’s Magnetic Field…Solar Storms to wreak havoc with Electrical Grid, Communications, Satellites” Jan 13, 2020 issue of Nature https://www.nature.com/articles/s41567-019-0749-4.epdf?referrer_access_token=ESp9oaPkmFDx9REbTi-Hz9RgN0jAjWel9jnR3ZoTv0MYEIe-VZiDTGkqaavgfo7ZywPUiv1tWU0F5g5ZTXSOycWa3LPlW_5KxszZADQnsPjCW2jSQE8qYh-elLHq_Feh49vyeZhgkpil0xZaYwXSlW_qLq0ut_usVhA1uI1Vt8tPKi7cPKJRuCuHvXKJlFc8ZfHQost4Wh82A74QfYMnBpUq8wfVwmQVlx7uXJ7JUkBtgANh-kZvdykiaF0uWhhY&tracking_referrer=www.livescience.com
A Magnetic Field is produced by spinning a Magnet within an Electric Current; a Magnet is produced by Ferrous Material like Iron heated above its Curie Temperature (approx 1060F) and cooled. The Sun has no Magnetic Field! Jesus returns to “destroy them which destroy the Earth” Rev 11:18 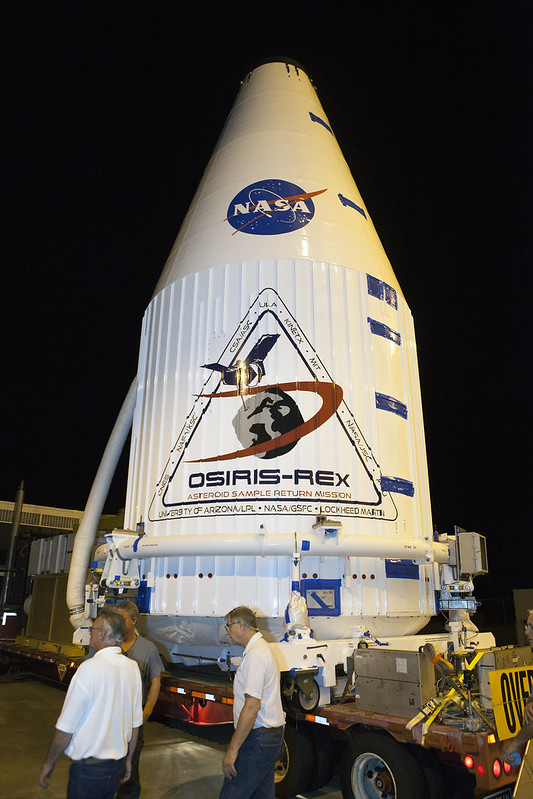 New Frontiers Missions
OSIRIS REx to the Bennu Asteroid? OSIRIS is SPIRITUAL Saturn; RE the Spiritual Egyptian Sun aka TULA the Black Sun; x=Messiah; Bennu is the Pyramidion Capstone aka Phoenix. Symbolically, the Bennu atop the $US ONE completes the New World Order with the US being the Phoenix aka Holocaust sacrifice of the Golden Age of Saturn. Pretty hard to figure this one out eh?
Juno Mission to Jupiter; Juno is Queen of the Gods; Jupiter is Zeus/Horus/Tammuz the son of Saturn, the Gnostic Messiah
CAESAR Rosetta Mission to Comet 67p Caesar means “Person with Dictatorial Power” ie Fascist rule of a Foreigner
Dragonfly “St George’s Horse was turned into the Devil’s Horse when Cursed”; a Dragonfly. St George is the Arab al Khidr “Green Man” one of many names of Satan.
New Horizons Mission to Pluto Horus is called “Horus of the 2 Horizons” and Pluto the God of Wealth. So are these real missions? or Occult communication?

Werhner von Braun said “Rockets need to expend all their fuel to reach Earth orbit, and be refueled for the trip to the Moon and return to Earth” https://www.youtube.com/watch?v=eXIDFx74aSY

NASA Astronauts like Buzz Aldrin and Terry Virts  or Flight Engineers like Kelly Smith and Kate Rubins readily admit traveling through the Van Allen Radiation Belts has not been achieved, nor did we ever go to the moon. Nice touch Buzz! The phallus in the video behind Aldrin says it all!
“Van Allen Radiation is very dangerous, future missions will need to solve the problem of transiting the region of deadly radiation before we go to the Moon” Kelly Smith

33 deg Freemason Neil Armstrong descended the Apollo 11 “Eagle” and took his “Giant Leap” for Mankind on the Moon; Nobody could have taken his picture but fellow 33 deg Freemason Buzz Aldrin.  Was he the 2nd man on the Moon or has nobody ever been nor will ever set foot there?  http://www.dailymotion.com/video/x2r5ot The Eagle is the Assyrian god Nisroch (2 Ki 19:37); Nazis, Edomites and Horites all had their “Eagle’s Nest”
Who took the picture of the last Apollo 17 Lander “Challenger” lifting off; How did the film get back to NASA? http://www.dailymotion.com/video/x9rvsa_apollo-17-take-off-from-moon_news
Apollo 13 “Aquarius” Aquarius is the Golden Age of Saturn; made possible by the Saturn V “Saturn’s Nail” Rocket from Cape Canaveral “Cloaked Cape of Cain’s Bearers” became the lifeboat when Freemason astronauts saved the day by “Squaring the Circle” . Nazi propaganda minister Joseph Goebbels says “With enough repetition people will believe a Square can be Circled” ; the Gnostic concept is seen in the Great Pyramid in Egypt represents Man becoming a God and building the Circle of Heaven on Earth using the Square and Compass. Aquarius swapped Circular for Square CO2 scrubbers, a Death-Re-birth Masonic Ritual called in at 1313Hrs on July 13th, 1970  coincidence? Nothing like Sovereign Luciferian Masons to pull off a hoax in plain sight eh?

NASA History of Lies
Nazi SS Maj Werner von Braun (SS Schwarze Sonne is the Black Sun “Saturn”) gave birth to NASA with a speech to Congress Oct 1957 outlining challenges with providing enough fuel to send men to the Moon and return them; let alone Radiation, an impossible task. Sputnik 2 launched from Russia 3/11/57 (Stalin was partnered with Roosevelt, Churchill and Hitler) on a mission to penetrate the Radiation Belts with the dog Laika who died before one orbit was completed from radiation.
Explorer 1 lifted off on Imbolg “St Brigid’s Day” 1958, atop a modified Jupiter rocket re-named “Juno” (Juno is Queen of the Gods; mother of Jupiter/Zeus); designed by Dr James Van Allen. Explorer 1 carried a Geiger Counter to measure radiation bands “Van Allen Belts” surrounding Earth. At altitudes above 1200 miles, ionizing radiation saturated the instrument, estimated at over 1000X the amount of radiation it was designed to detect; in addition, acoustic instruments recorded high velocity Cosmic dust impacting the vehicle; perhaps not significant for an aluminum hull, but another story for a pressurized spacesuit.
Measured in REM (Roentgen Equivalent Man) Apollo astronauts were exposed to an average of 375 REM/day. The occupational dose limit considered safe is 5 REM/year. The brave or foolhardy astronauts, all or most all of whom were 330 Luciferian Freemasons would have gotten the equivalent of 4 million chest X-rays at. 03 REM each or 600 times the recommended yearly safe level on each mission; Hmmm! In August 1972, a Solar Proton Event increased normal solar radiation significantly; yet on the anniversary of Pearl Harbor (9/11/2001 was the New Pearl Harbor) Dec 7 “Day of Infamy” (FDR allowed the attack) Apollo 17 Challenger headed to the Moon on Man’s last voyage; the last of Stan Kubrick’s Stage Show by the CIA.
NASA manned flights began with Mercury Redstone (Toth-Hermes “Messenger of the Gods”) sitting atop “Atlas (Atlantis means Isle of Atlas) rockets. 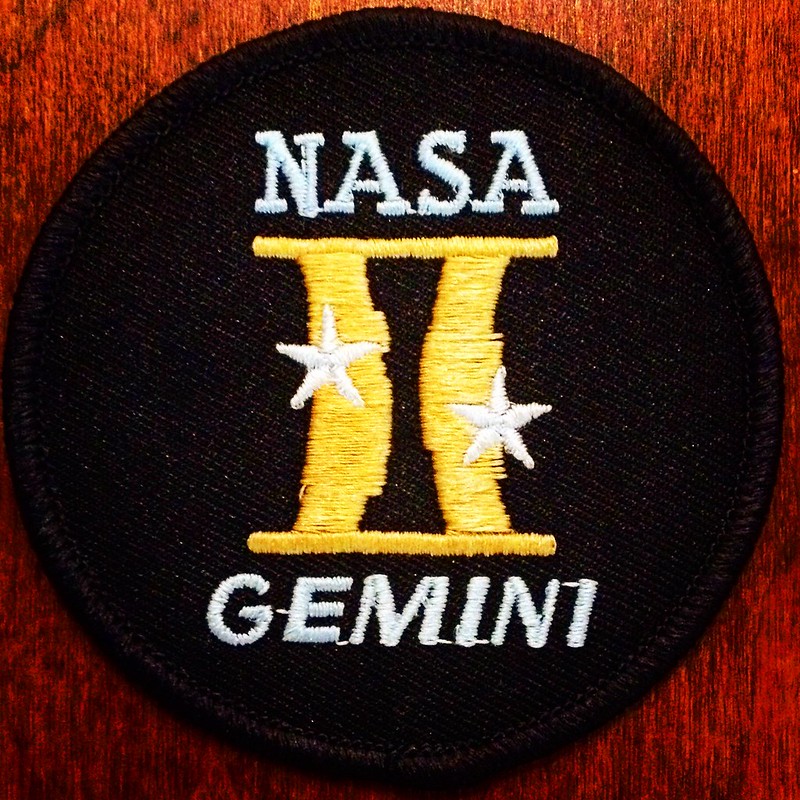 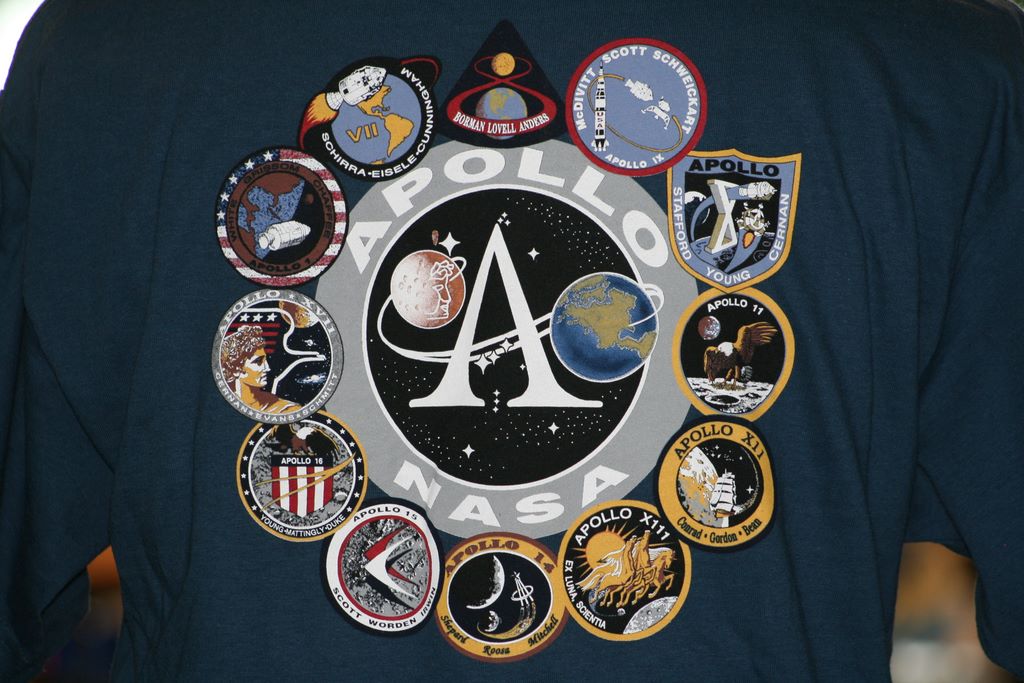 Space Shuttle
Our Endeavour is the Discovery of Atlantis using Columbia to vanquish Enterprising Challengers
Space Shuttle Columbia
Columbia is the name for the US prior to Fernando Zarco (Christopher Columbus) arrived, crashed on re-entry on Feb 2 Imbolg 2003 due foam insulation dislodging and contacting a heat tile. The foam is designed to shear away and heat tiles are designed for 17,000 MPH and 2300F re-entry extremes; the story is Bullshit! Ionospheric Heaters such as HAARP (High Frequency Active Auroral Research Project) are used to heat the atmosphere; in this case raising an atmospheric plume into the path of Space Shuttle Columbia before setting the attitude for re-entry caused the disintegration.
Space Shuttle Challenger
Fuel tank O-rings designed for +100F launch temperatures containing liquid hydrogen and liquid oxygen fuel that vent at several hundred degrees below zero and operate at conditions of very low pressure and least -100F conditions in the upper atmosphere suddenly become brittle and cause the Challenger disaster, because of +320F launch temperatures. Bullshit! Negative Energy EM (Electro-Magnetic) weapons transport energy from one location to another and are capable of causing metal to become brittle http://cheniere.org/articles/Negative.htm
Regardless, the cause, Orion “Heaven’s Light” aka Osiris (Egyptian sun god) will replace the Shuttle fleet sitting atop Ares  rockets. Ares is the UNKNOWN GOD of the Areopagus “Mars’ Hill” in Athens (Acts 17:23) ignorantly worshipped as Mars or Nergal (2 Ki 17:30) Lunar missions are scheduled to “Resume” (Hoaxed) in 2020 as a private venture with Space X called the “Artemis Project”. Begun during the Clinton administration; Artemis aka Diana, the Goddess of Witchcraft will mine the Moon for the stable isotope Helium-3 (named after Helios “Sun”) to be used Inter-planetary nuclear fusion propulsion.
The foundation for the Artemis Project (Donald Trump’s “Space Force”) is really Project Blue Beam and Artemis 5G Global Broadband designed to present Antichrist and sterilize world population.
NASA’s Aliens
Nazis brought to the US by the Rat Lines settled in Roswell NM and presented Aliens the same year Israel became a Nation populated by Aliens listed in 2 Ki 17:30. Jesus represents the 8th and final Covenant between God and Man. Wally Schirra on Mercury 8 coined the term “Santa Claus” meaning  Alien ships in the vicinity. James Lovell on Apollo 8 emerged from the far side of the Moon saying “Please be informed that there is a Santa Claus”. Neil Armstrong’s quotes are ridiculous; “Alien ships warned us off”; “These babies are huge”; “They watched us as we stepped onto the Lunar surface”; “2 UFO’s sat on the Copernicus crater rim”; “Semi-transparent domes…tunnels many kilometers long, glowing blue from the inside…semi-transparent pyramid shaped objects”.

The Vatican searches for extra-galactic “Intelligence” with the LUCIFER Telescope https://www.youtube.com/watch?v=bFUO4Im2Y3Q