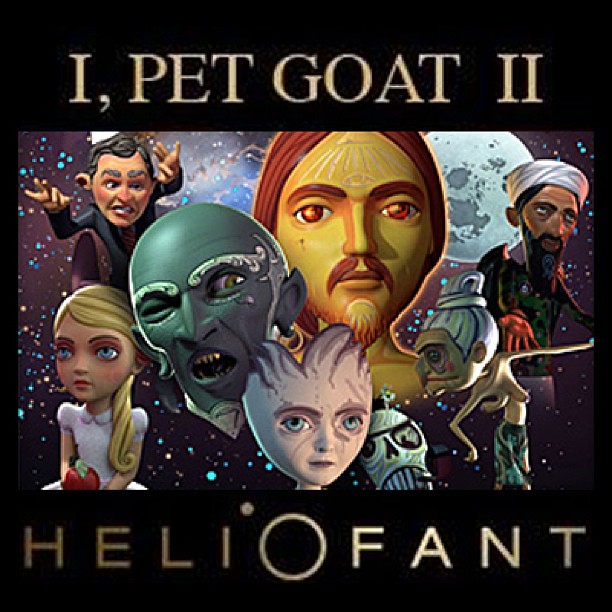 The Timeline leading to America destroyed and declared the Scapegoat “Babylon” and 666 Mark of the Beast. 9/11/2001 fall of the Twin Towers; the rise of CIA asset Osama bin Laden, the pre-planned Notre Dame Fire, revealing of Antichrist, Deal of the Century “Peace Plan”, “Brexit” and start of the Great Tribulation is all encoded in the Heliofant (Solar Initiate) video.
On Jan 8, 2008 the Sanhedrin Temple Mount Rabbis presented George Bush with Megillat Bush declaring him “Gog, Chief Prince of Meshech and Tubal”, a line from Eze 38:2; notice in a Conical Cap (Earth’s Axis Precession forms the Cone) morphs into Obama wearing the Mortar Board Graduation Cap meaning “As Above, So Below” ie the Circle of Heaven built on Earth by Masons. Later, an old Witch “Crone” appears in a Tower; Trump Tower to be precise as the Whirling Dervish (Esoteric Sufis) rises and the Solar Christ sails toward the Rising Sun.
Recap
Operation Garden Plot (Cain is the Gardener) converted 200+ Military Bases, Warehouses and Storage Facilities into Civilian Inmate Detention Facilities; obviously Martial Law has been instituted; notice the US Flag torn to pieces. The Devil manipulates George Bush Jr into dancing on the Black and White Masonic Floor in the Tampa School he visited during 9/11/2001; his Conical Cap represents Earth’s Axis Precession ie Time. Bush morphs into Obama (Obama means “He is with us” in Farsi; the Zoroastrian Messiah is Saturn) wearing the Mortar Board signaling “As Above. So Below”; Heaven built on Earth; Rabbis call this Tikkun Olam “Repair the Earth” which happens after Barack (Blessed) Hussein (Handsome) Obama (Saturn). The map on the wall has pins at Deep Water Horizon, AP Murrah Bldg and Sandy Hook. The Chalk Board has a Hangman Game spelling LOVE backwards. The British Parliament received a card with the LOVE Symbol Prince used as his name; this is the symbol of the Church of Amor (Love) aka Cathars. Mormon Sandy Hook actor Emily Parker appears with an Apple (Aplu=Zeus; Apollyon in Rev 9:11) rolling it across the L and C ($50 features Hoover Dam collapsing; and $100 features New York City destroyed by attack and flood; later in the video Markets Plunge as the Deal of the Century is revealed) to be stopped by a Shoe. Shoes are the sign of Masonic Fidelity. The Apple Splits and Worms (Crimson Worm is a symbol of Jesus Christ https://theresnothingnew.com/articles/crimson-worm-2/) emerge; the Worm represents the False Messiah, not Jesus Christ. Jerusalem is not the Apple of God’s Eye; Born Again Christians are. Jerusalem is “Spiritually, Sodom and Egypt” Rev 11:8KJV because for 2700 years, Israel has worshipped Saturn with the Six Pointed Star of Molech as Amos 5:2; 26 points out clearly. The Apple sprouts a Lotus Flower (symbol of Buddha and gift Donald Trump gave to Pope Francis at the Vatican all 4 Donald, Melania, Ivanka, Jared wearing Funeral Attire against the backdrop of Francis wearing White https://theresnothingnew.com/articles/trump/) The Twin Towers fall, Osama bin Laden (Lion of Ladon is the Ladon Dragon guarding the Apples of Hesperides), blamed for the event is seen wearing a CIA patch because he is CIA asset Tim Osman (Osman I was founded the Ottoman Empire; currently revived by dictator for life Erdogan). The 6 pointed Star of Molech is seen supporting the Statue of Liberty aka Asherah the “Torch of the Gods”; in real life the 8 pt Star of Isis (Black Virgin) supports the Statue of Liberty, Arc de Triompfe in Paris as well as the Al Aqsa Mosque. The false Christ is highlighted by the Sacred Heart (Heart=Baal); Snakes and the Devil in the child’s head represent the Strong Delusion (2 Thess 2:13); Tanks roll, a Holocaust of Fire and Shiva the Destroyer dances the Nataraja “Dance of Destruction” (CERN features this same thing; the site is an ancient Grove of Apollo/Apollyon). Fish die, a symbol of Rev 8:9 and one featured in the Netflix series Messiah which aired Jan 1, 2020. A Crone, appears in a Tower (Trump?) as the Whirling Dervish (esoteric Shia Sufis) rises toward the Moon (Arab moon god is “Sin”); An attack on Mecca; Shiva dances to the destruction of the old world; the False Christ rises and Red Kachina dances in the plaza (Prophecy Rock features this Hopi aka Aztec prophecy). Notre Dame Cathedral is destroyed and the Solar Christ sails toward the Rising Sun and Solar Eclipse of Dec 26, 2019 (St Stephen’s Day (Martyr/Crown). Its no coincidence the Messiah series about the Iranian Messiah al Mahdi aired coincident with the US-Iran Charade folks!

http://www.youtube.com/watch?v=lWT8D1pAyUw
“I Pet Goat II” The US and Roman Catholic Church are set to become “Wilderness” in order an Alternative Messiah “God Of All Things” can be revealed; these a falsification of Rev 17, 18 and 19 respectively. The Goat Idol “Baphomet” is Sophia, the culmination of 6000 years of Gnostic Widsom. Please take note, we are not there yet; we are nearing the start of Great Tribulation ie Rev 8.
Shepherds paint the legs of their Scapegoats Red so they can see them; Sheep however cannot see Red because they are color blind; they like most of us do not realize the Shears are dead ahead; Christians are accounted as sheep for the slaughter. The Goat is Azazel; the Wilderness Goat or Scapegoat is a false version of Jesus Christ. A false and opposite version in that Goat is derived from the Goth word for “She-Goat”; in the 1600’s the word Goat became a synonym for “Licentious Man” (Morally Unrestrained), which George Bush Jr and Barack Obama as featured in the video are. The children in the school are taught to repeat Plane, Must, Hit, Steel as the South Tower is actually being hit. Notice the Hangman and the Evolution on the blackboard; the Hanged Man becomes “Cursed” as Jesus wrote in Deut 21:23; He then offered Himself as the Scapegoat. Jesuits came up with our modern version of Evolution, but the Society of Jesus opposes Jesus in every sense; becoming Scapegoats. Only a Licentious Man like Knight of Malta George Bush Jr could have acted that way on 9/11. On the map, notice where the Thumbtacks are placed; are they historical or prophetical?
Oklahoma: The AP Murrah Bldg in Oklahoma City, where 200 children were murdered by the BATF and FBI in America’s Choice Day Care; the Scapegoat was Tim McVeigh. Or is this the Cushing Ok Oil terminal where America’s Oil is backing up and the last leg of the Koch Brothers Keystone XL Pipeline? Oklahoma means “Red People”; a reference to Edomites? Edom means Red.
The Gulf of Mexico near Deep Water Horizon; The movie Knowing predicted this intentionally caused “Earth Day” disaster a year in advance. Scapegoats were BP, TransOcean and Halliburton. Methane and Oil are still leaking into the Gulf and surrounding areas; it this predicting the near inevitable natural gas fires/explosions? Deep Water Horizon was an intentional act designed to destroy the environment at the one place on earth capable of doing so.
Manhattan: The Twin Towers are obvious, but Sandy Hook (Joker Card) was detailed in the map released in July 2012 promoting the movie Dark Knight Rises. Scapegoat was Adam Lanza “Red Spear”, perhaps not even a real person; Sandy Hook is perhaps the most daring public Charade ever attempted. Is this predicting yet another attack on NYC or a Wall St collapse?
New Orleans. This location seems to tie in the 2013 Superbowl The question is what? Heliofant (Helio=Sun; Phant=Make Known or Reveal) released the I Pet Goat II video long after George Bush Jr read My Pet Goat upside down in Tampa on 9/11/2001 or Hurricane Katrina hit as predicted by FEMA on 9/10/2001. Katrina is derived from Cathar; Catharsis means “Discharge of pent up emotion”. Pet Goats refer to Satan’s Initiates. FEMA, FAA and NORAD were conducting a previously scheduled Terrorist Drill on 9/11/2001 in NYC and Washington DC and admitted a Hurricane in New Orleans was their 2nd concern followed by an earthquake in Los Angeles. It may point to an event associated with the Feb 3 Super Bowl; perhaps an event on 3/20 (Ostara) as indicated in the cryptic Mercedes commercial or even 9/20 (Michaelmas)

George Bush Jr read My Pet Goat on 9/11; he morphs into Obama in I Pet Goat II; what is the Goat?
Goat: God of All Things and the Mirror Image The Ark of Got is Gnosticism. Sophia and Logos is Wisdom; the Goat of Mendes is Baphomet the Idol associated with Knights Templar. The Essene (Essen means Priest of Artemis/Cybele) Cipher of Logos is Baphomet. Babylon means Gate of Marduk; Marduk was represented as a Goat. Zeus means Day; he was suckled by Amalthea the She-goat. Goats were sacred to Artemis and Diana. The chariot of Bacchus was pulled by Goats. Goats were sacrificed to the Roman Faunus and Athena during the Festival of Munichia (Munich Gernamy takes its name here). The Nubian Ibex was used for form perhaps the world’s first Swastika. The US symbol Uncle Sam (Samaritan) is the Goat and Satan takes the form of Azazel the Wilderness Goat in Lev 16:8-10. Jesus is the Scapegoat founnd in the KJV, not Azazel!
Here is a link http://www.airliners.net/search/photo.search?album=14281
to the Delta Airlines Tail with the Goat fashioned into it. The image is split and wrapped around the tail, so only the left side is visible here. Why? The Delta “Widjet” is a Triangle within a Triangle called a “Dragon’s Eye”. In the merger with Northwest Airlines, the Goat Tail was changed to the Red Widjet pointing Northwest/Northeast. This indicates the Solar Track at the Summer Solstice; June 24 is the Feast Day of St John, an occult combination of John the Baptist and John the Evangelist. Was John the Baptist really born on June 24? Of course not; he was conceived in June (Tammuz) and born on Passover, 6 months before Jesus, conceived Hannukah and born at Feast of Tabernacles.

I, Pet Goat II points in my opinion, to the Hieros Gamos “Sacred Marriage” of the Sun and Moon during Capricorn on Dec 26, 2019, mid-week during Hanukkah on St Stephen’s Day; Stephen means Crown and Martyr. The Solar Halo will form around the Moon “Sin” at Sunrise over the Hashemite Kingdom of Jordan; HaShem is Antichrist.
Time to get right with Jesus folks! Goats on Jesus’ left hand will told “Depart from me, I never knew you”. Sheep on Jesus’ right hand will be have Salvation. Which side are you on?