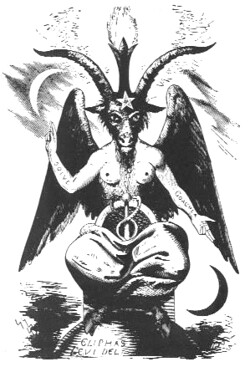 Donald Trump tweets “This is the Dawn of the Age of Enlightenment” arriving in Japan amid a Trade War with China, N Korea and Japan. The torch on the Baphomet symbol represents “Enlightenment”; Solve and Coagula “Order out of Chaos”, the final Gnostic push to reject God and build “Heaven on Earth” seen in the opening lines of the Emerald tablet of Toth-Hermes “As Above; So Below”. Why Japan? Jih Pun is the “Land of the Rising Sun”; worship of the Rising Sun caused the Glory of the LORD to depart Solomon’s Temple (Eze 8) and Jesus to depart the 2nd Temple by the same route; Donald “King of the World” + Trump (Deceive, Cheat, Mock, Blow a Trumpet) is heralding the start of the “Age of Enlightenment”. Abe’s wife descends from convicted War Criminal Nobusuke Kishi, Gov of Manchuria who managed death camps rivaling Stalin’s Gulags in scope; he was released by the US to become PM after WWII. His father Shintaro Abe a member Unit 731, the Chemical, Biological weapons testing facility; likewise, Unit 731 dwarfed Nazi camp Dr Joseph Mengele in atrocities, it’s head Major Horatio Ishi was also released by the US, just like Mengele and Hitler; Abe flaunts the fact people are ignorant to his past by posing in WWII aircraft with the number 731. Donald Trump’s (Germanic Ashkenazi Crypto Jew Drumpf=Drummer) uncle John Trump weaponized Nikola Tesla’s EM (Electro-magnetic) technology for the US Army before it was handed over to Jesuit, 33 deg Mason Joseph “Man of Steel” Stalin by 33 deg Mason, Shriner Muslim Harry “Atomic Bomb” Truman (Atomic bombs were enroute to Tinian Is as the Trinity Detonation occurred); 33 deg Freemason/Crypto fake Jew J Robert Oppenheimer quoted Shiva aka Apollo in the Gagavad Ghita. Bari Malik Shabazz aka Barack Obama, bowed to the son (Akahito) of WWII 33 deg Mason fake Shinto, Emperor Hirohito, delivering “Made in the USA” MOX Fuel (Mixed Uranium-Plutonium Oxide) to Fukushima Reactor #3, intentionally melted down (Siemens Corp made control valves; Earthquake and Tsunami had nothing to do with this) to destroy the Pacific Ocean; it’s the gift that keeps on giving. Enlightenment is seen in Baphomet, the Baptism of Wisdom, the recent Trump “Stable Genius” monicker may ring a Baal, it is no coincidence; the Chaldean Adam Kadmon represents “Enlightenment”. Baphomet (Baph + Metis) is the Union of Knowledge and Wisdom according to Gnostics; Fear of God is the beginning of Wisdom according to Scripture! I’d go with that. Baphomet is Sophia in the Atbash Cipher; Sophia (Gnosis) is the first AI Citizen of NEOM, built over the Wilderness of Sin, who will write its own History and Scripture. Baphomet has 8 letters, representing replacement of the 8th and final Covenant between God and Man in JESUS. Capricornus, the Sabbath Goat of Saturnalia is “Father Mithras”, worshipped by Catholic/Orthodox clergy wearing the Mitre; I’m betting they can’t wait for the Dec 26, 2019 Annular Solar Eclipse. 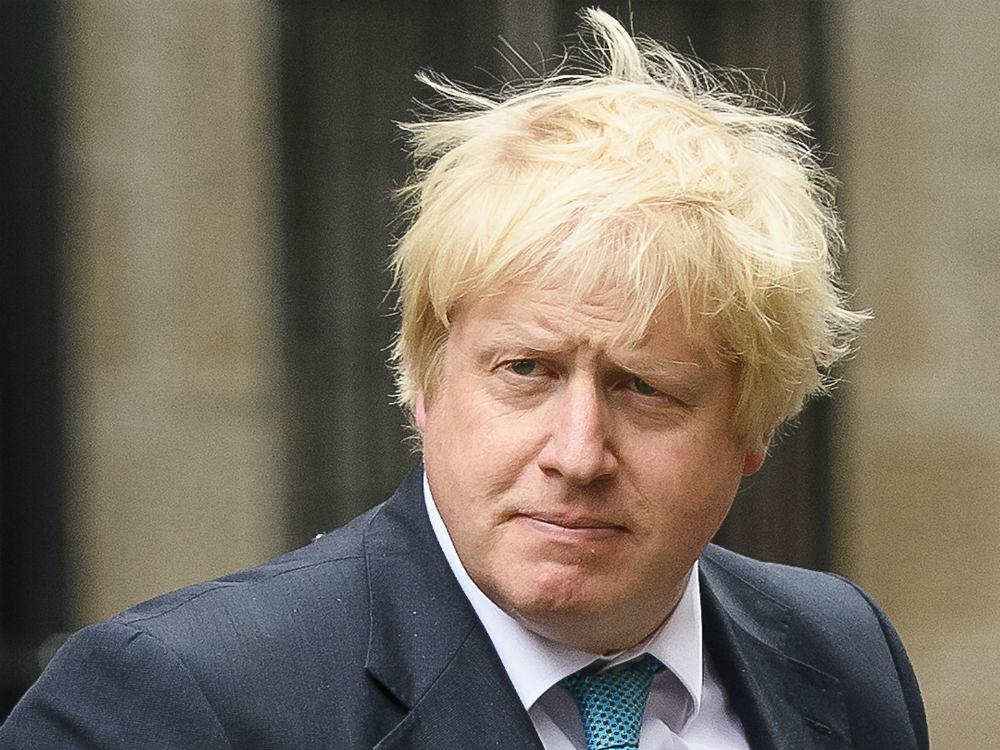 Freemason Boris Johnson likely next British PM Theresa May stepping down for the self appointed Brexiteer Grand Wizard, a name originating from the KKK Knights of the Kyklos (Circle=Circe) Klan or Golden Circle. Nigel Farage is the newly appointed chair of the Brexit Party; his father was a stockbroker in the City of London Corp which lays false claim to every physical asset on Earth. Johnson, born in NYC is of Circassian-Turkic descent, a Donald Trump associate, likely Elm House pedophile and associated with Trump and Jeff Epstein’s Pedophile Island “Little St James”. While London Mayor, Johnson covered up and blamed Russia for the Sergei Skripal non-poisoning and was taped mumbling Rudyard Kipling’s Road to Mandalay in a Burma Temple hours before the Las Vegas Mandalay Bay shooting/false flag; he obviously had prior knowledge. Brexit was voted for and scheduled for 29 Mar 2019; Johnson says Brexit will now happen by Oct 31 with or without a vote. Johnson is a self described mixed bag of Muslim-Anglican-Jew; the ultimate Wolf (Boris means Wolf) in Sheep’s Clothes, a Crypto-Marrano-Morsico fraud in one person. Circassians are Caucasians from the Black Sea (Scythians, Crimean Rus) “Black Sea Princes” named after the goddess Circe (Circle), who guarded the Golden Fleece, seduced men to Bestiality and even changed them to Beasts.Circassians became Hashemite Royal Guards; Jordan (Jordan’s are Living Waters used in Chaldean-Sabian Baptisms) the Hashemite Kingdom is the land of Idumeam the land of Moab, Ammon and Edom who escape the hand of the Antichrist (4th Beast of Dan 7:7) during the Great Tribulation (Dan 11:41KJV). HaShem is also the ineffable name equivalent with YHVH used by Chasidic Rabbis for Melchisedek “King of Jerusalem”; Jesus is Melchisedek HaShem is Antichrist! Johnson has covered for Prince Andrew, accused of raping Virginia Roberts while a minor employed at Trump’s Mar a Lago; his stated ambition as a youth is to become “World King”; Donald also means “King of the World”. Brexit will end the EU; the logo of the EU is the Whore of Babylon; the EU Parliament is built as an Unfinished Tower of Babel with Seat #666 held vacant for a reason. If you can’t hear the 4 Horsemen snorting at the gate, ask JESUS for a little help!

JEDI Microsoft unveils Two new secret Data Centers built for Classified Government Data to compete with Amazon (Jesuit-CIA extension), the only company cleared to host the CIA and Defense Department’s secret and top secret classified data storage, and comes as both companies compete for a $10 billion military cloud contract called JEDI.
JEDI originates in Djed Pillar, aka Spine of Osiris/Saturn (Templar and Arab “Green Man”); it represents victory of Osiris over Set, celebrated with the Raising of the Djed. Aug 11 is 9 Av, the date of the 12 Spies report, destruction of the first 2 Temples, Bar Kochba revolt, Alhambra decree and coincides with the Djed Pillar celebrations if I’m not mistaken. Notice JEDI is CAPITALIZED meaning SPIRITUAL. Amazon uses the Penis connecting A to Z or Oz; Liber Oz delivered to Aleister Crowley in the Egyptian Pyramid by the demon Aiwass.
The story of Osiris’ dismembered body in a coffin, floating to the Phoenician/Canaanite city of Byblos forms the core of Freemasonry. Bezos, an avid Burning Man worshipper is launching several thousand 5G satellites for the IOT and 5G SkyNet. Harpocrates aka “Horus the Child” is the child of the Black Virgin Statues worshipped by the Templars and Arab Assassins; Osiris is On, seen in BabylOn and BabEl. 2019 is shaping up to be the start of the Great Tribulation more and more it seems.