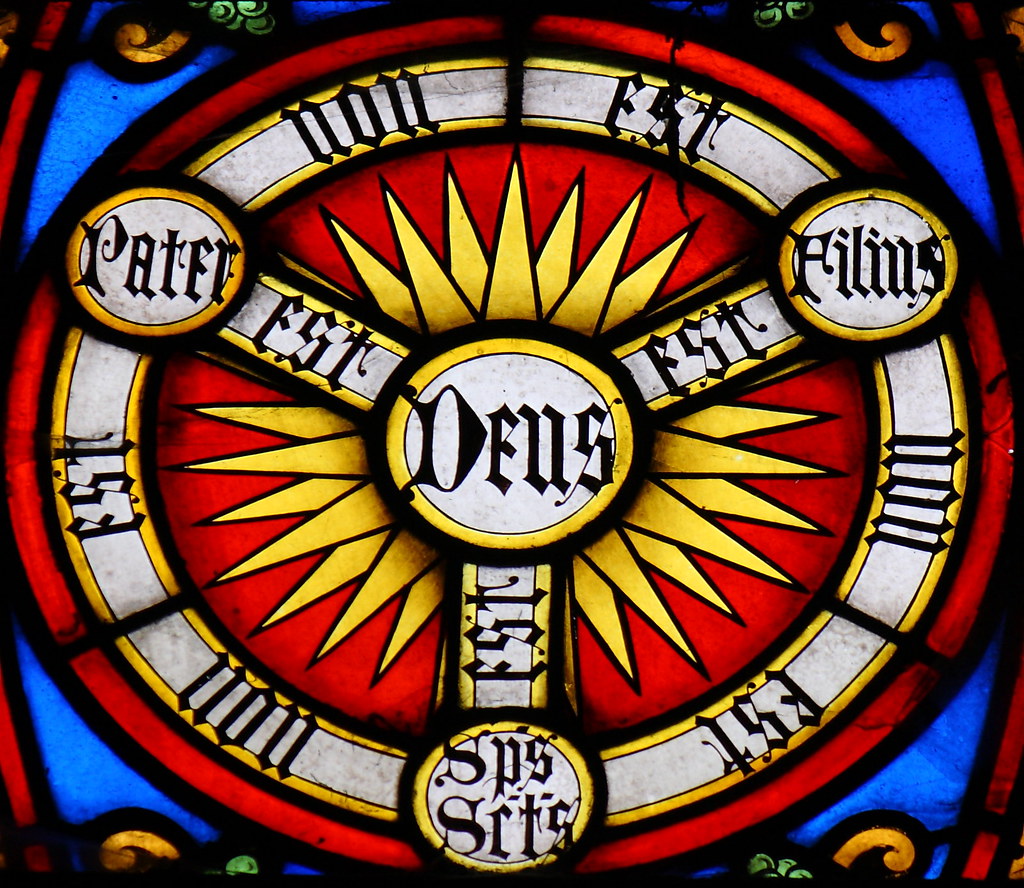 The Shield of the Trinity Scutum Fidel (Shield of Faith) represents the Gnostic Dialectic: Thesis+Antithesis=Synthesis. The symbol is called the Dragon’s Eye and has nothing to do with God. All paths in Scutum Fidel lead to Deus; this is not Jesus Christ but Zeus/Jupiter, the son of Saturn, the “Rising Sun” (Eze 8) whose worship led to the departure of the Glory of the LORD. 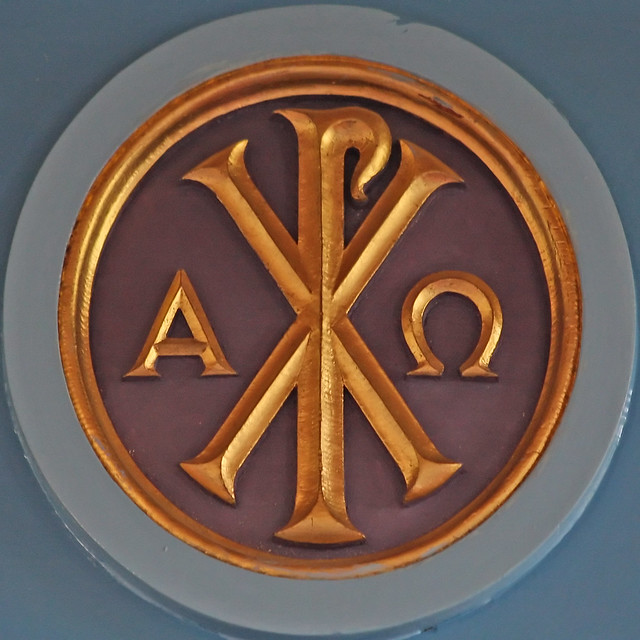 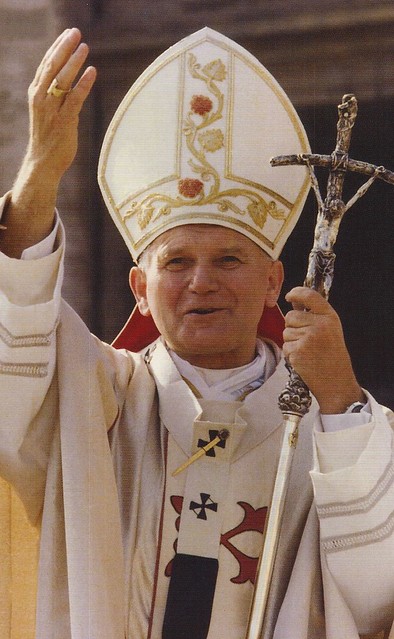 The Twisted Crucifix is carried by pagans celebrating the nailing of God to the Tree and is today carried by Roman Catholic Popes.
Jesuits “Militia of Zeus” take Oaths of Induction on pain of death into the higher grades with a Black Cross held against their chest.
Cross: Symbol of devotion; to whom?
A Cross is formed by the Trans-continental Railroad and I-35W. The Double Cross “Cross of Lorraine” symbolized by the Power Poles used to carry electricity. Nikola Tesla said “Future wars will be decided by electricians” because his power transmission was “Free of Charge” (good pun eh?) and did not use wires.
An X is formed by the 4 Tree Vines/Branches on carvings of Tammuz (Tam=Purify + Muz=Fire aka Holocaust) Women wept for Tammuz on the porch of Solomon’s Temple as the Glory of the LORD departed; Jesus turned over the money changing tables (Bank means Table/Bench) at the 2nd Temple, departed by the same route and money became symbolized by the Serpent wrapped Stauros (Pole) “$”. “The love of money is the root of all evil” 1 Ti 6:10
X=Chi “Christ”; Jupiter in retrograde motion forms an X over the Ecliptic; Constantine introduced Jupiter worship with the X and IHS “In Hoc Signo Vinces”. An X formed on 12/21/2012 when the Ecliptic (Sun, Moon Planets) and Zodiac (Fixed Stars) “Crossed” paths on the “Solar Solstice”, an illusion measured by the Mayan Calendar (Maia means Illusion).
The Impaled Cross symbol is called the Chi-Rho, the “Solar Crowned Christ”, capitol of Egypt “Cairo” and the ancient Heliopolis “City of the Sun” where Priests of On taught worship of the Rising Sun. The Chi-Rho was first used by Constantine and developed into the Alchemical Cross Rx representing Man becoming God through the use of Entheogens (Become God) aka Drugs, notably Amenita Muscaria Mushrooms which form the Pole, Cross and Grail during their lifecycle under Pine Trees. Esau, prophesied to live off the “Dew of Heaven” (Gen 27:40KJV) symbolized rejection of Jesus with another Cross symbol called the Umbrella a covering similar to the Yarmulke, Zuchetto or Kippah worn by Christian, Jewish and Muslim clerics (Nicolaitanes ie Elevated Clergy) secretly rejecting Jesus Christ. 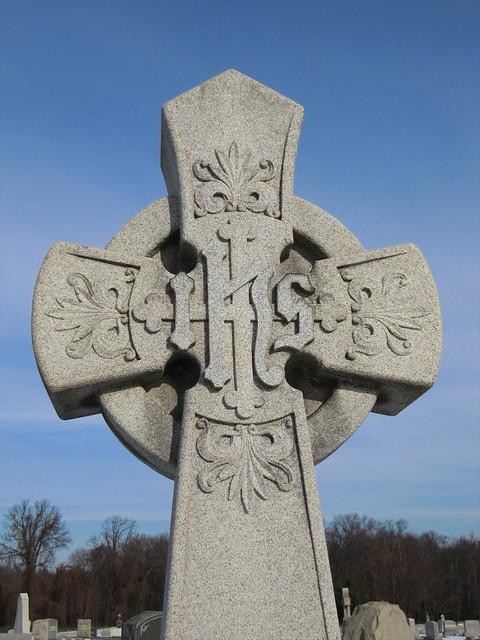 The Celtic Cross was used by the Druids (Dru=Tree) who held sacrifice rituals in Groves called “Thor’s Oaks” forming the Cross with victims hung from branches; the same Cross formed when Jesus was nailed to the Tree.
The equal distant cross is also the positive terminal of a battery; a Capacitor (Electrical Potential Energy) formed when Oxygen and Nitrogen atoms interact with Light, lose electrons and become positively charged “Ions”. The path of this energy was worn by Nazi SS to represent the weather god Thor, a modern representation of the Cretin god Zeus and the Sumerian god of the air “Enlil” whose main weapon was the “Amaru”. Gnostics use America “Amaru” today just as they have for 4000 years; Amurru is the sacrificial city Palmyra in Syria where sacrifices were offered to Molech; the site digitally recreated and installed in NYC and Washington DC.
Representing the Earth as a Circle and quartering it results in the so-called Celtic Cross (Celt=Warrior) Cross aka Sun Cross. When this Cross is broken at the corners it becomes the “Broken Sun Wheel” aka “Broken Jew” or “Swastika” meaning good luck, good fortune or one who utters a eulogy.

https://www.flickr.com/photos/97184698@N04/8991502486/in/photolist-eGxNqW-nX4Z6o-jKzGsE-4Gfffn-2fHRfqp-f8EEv2-4krWTd-Z4yYaP-5Wd88d-5WjdUn-WRKSug-bHT7h6-bqAa1B-ePKokf-2fkEYog-qTckiy-2duJsvi-2b9rxde-2aUfpeF-27XJmrW-7nCavp-24D65TR-TTW71E-bytHYT-nG9C3X-4oiNG2-4wKHbj-2p5KD-5Ncbf9-7oKyS3-nMZGHN-5aCgaq-bSM5Z-4KaHhJ-qydD4j-8KBB6J-bomkx9-dARmM8-8Pi3ZC-9QexPd-axDAZ6-az2o9z-orVcnN-3pGTYn-8W62Ti-7TR7KR-VsLga1-ydCkY-7VGrTX-kAmFj9 .
The Jerusalem Cross aka Crusader Cross was used by Knights Templar founder Godfroi de Bouillon and Pope Urban II as the banner for the 1st Crusade to entice unsuspecting Christians to battle against Muslims who in turn were enticed to battle by Sufis. Templars and Sufis being neither Christian or Muslim are part of a broader group called Sabians, Gnostics who leave his/her religion for that of another. There was never anything Christian about the Crusades or Crusaders.
The Shaman Cross represents the Ellipse of the Milky Way with a Cross as its center; lying astrophysicists call this a Black Hole.
Witch’s Cross is a Cross surmounted by a 5 pt Star “Pentacle” symbolizing mastery over Earth, Air, Fire, Water and Quintessence (fake Holy Ghost or Illumination)
A T forms from Pole driven into the Ground; Solar Radiation is magnetically guided into the Earth so these became used as Conductors and Ground Rods; a representation of this is called the Crux Ansata or “Ankh”, a solar disc on top of a T, and the Cross of Tammuz.
The Tau Cross represents the Bull god Mithra whose Mitre is worn by Orthodox, Lutheran and Catholic Clergy; the sacrificial ashes of the Bull used to make the Chrism placed on foreheads at Lent, the 40 days “Weeping for Tammuz” 4 Tau Crosses form the Jerusalem Cross referring to dominion over the quartered earth and control over the 4 forces of nature: Earth, Air, Fire, Water. Witchcraft seeks control over these so-called “Forces”; liberation from God being the Age of the 5th Sun, 13.0.0.0.0 on the Mayan (Illusion) Calendar and the 2012 Solstice on the Gregorian Calendar; 5th Column refers to Traitors inside every nation on earth bent on destroying all national sovereignty.
Peter’s Cross: An upside down T forms with a Pole, Tree or Stake supported by the Earth; this Cross is favored by so-called Left Hand “Black” Path Satanists; in Passion of the Christ, Mel Gibson hammered the Nails, holding them in his left hand. The Cross of Salem (Shalim/Shalom is the Canaanite god of Peace) combines both up and down Crosses.
The 8 pointed star formed into a Cross is used as the Flag of Georgia; Geo=Earth; the Gravestone Capital of the US is the Georgia Guide Stones, designed by Rosicrucians “Order of Rose and Cross”, call for slaughtering all but 500M people from Earth. 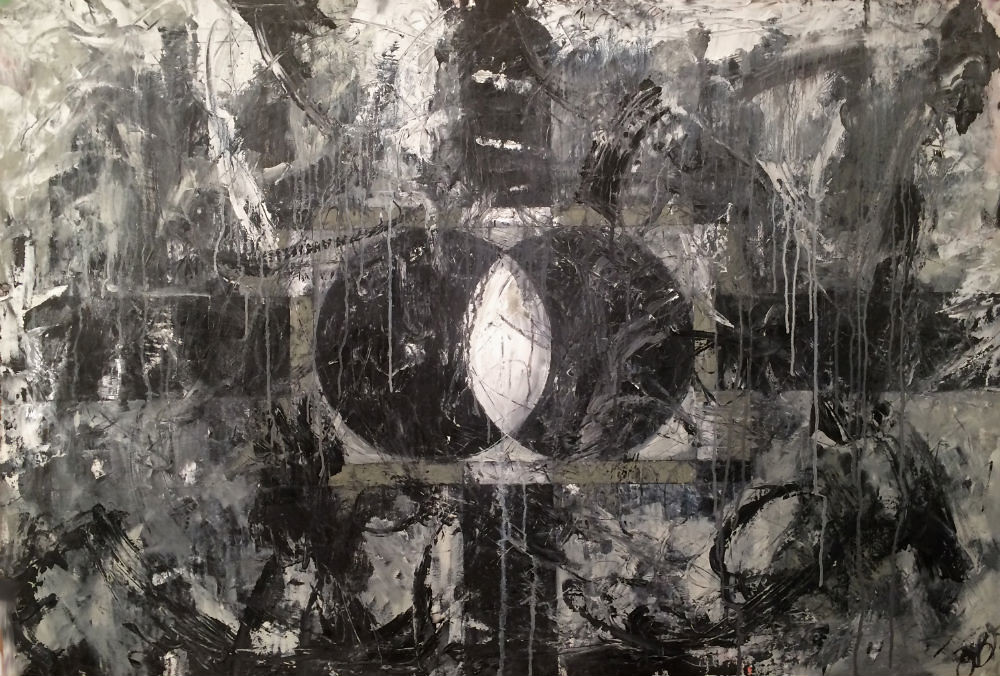