Washington State To Authorize ‘Strike Force’ to ‘Involuntarily Detain’ Unvaccinated Families...for a period not to exceed 10 days. Revelation 2:10, KJV: Fear none of those things which thou shalt suffer:behold, the devil shall cast some of you into prison, that ye may be tried; and ye shall have tribulation ten days: be thou faithful unto death, and I will give thee a crown of life.

Former Russian President Dmitry Medvedev issued a cryptic message that alluded to 2 Thessalonians 2:6-7 and the one who restrains the appearance of the Antichrist.

Pat Robertson “700 Club” predicts Gog and Magog https://www.youtube.com/watch?v=alymXhy-2-8&t=445s “And when the thousand years are expired, Satan shall be loosed out of his prison, And shall go out to deceive the nations which are in the four quarters of the earth, Gog, and Magog, to gather them together to battle: the number of whom is as the sand of the sea.”  Rev 20:7-8

W.H.O. Meeting in Secret to convert themselves to Enforceable Law under EXISTING Treaty; FORCED VACCINES, OUTLAW GUNS “Public Health Issue” https://imgur.com/RaZ6jpd The Staff of Asclepius in use by Theraputae of Pergamon were/are the guardians of Satan’s Seat (Rev 2:13) today called the World Health Organization. Asclepius, Greek Asklepios, Latin Aesculapius was Greco-Roman god of medicine, son of Apollo (god of healing, truth, and prophecy) conversely “God of Plagues“; The 76th World Health Assembly is scheduled to occur from Sunday May 21, 2023 to Tuesday May 30, 2023. Dan 7:6-7 “After this I beheld, and lo another, like a leopard, which had upon the back of it four wings of a fowl; the beast had also four heads; and dominion was given to it. After this I saw in the night visions, and behold a fourth beast, dreadful and terrible, and strong exceedingly; and it had great iron teeth: it devoured and brake in pieces, and stamped the residue with the feet of it: and it was diverse from all the beasts that were before it; and it had ten horns.” Rev 9:11-12 “And they had a king over them, which is the angel of the bottomless pit, whose name in the Hebrew tongue is Abaddon, but in the Greek tongue hath his name Apollyon. One woe ! is past; and, behold, there come two woes more hereafter.”

Russia “At war with all of NATO”; “The events in Ukraine aren’t a clash between Moscow and Kiev. It’s a military confrontation of NATO, first of all the US and Britain, with Russia. Stoltenberg, Putin, Zelensky, and Rishi Sunak are WEF YGL Grads; its game over!

The First Heaven is the heaven (reality) we see with our natural eyes. The Second Heaven is where Satan has his throne and the fallen angels dwell (unholy dark realm). The Third Heaven is where God has His throne (celestial kingdom) and rules and reigns over the universe; we can’t get to the 3rd Heaven because God is is Spirit form; it will be restored in Dan 7:13-14 We need the Holy Ghost to get the the Third Heaven! Deut 10:13-14; 2 Cor 12:2 Satan is called to Heaven (3rd Heaven); Archangel Michael ejects Satan (Rev 12); the world is now  or soon will be in the 2nd Heaven; the physical presence of Satan.

Green Comet C/2022 E3 (ZTF): 1st appearance in 50,000 Years on Jan 22. Wrong! Its the 1st return since the Flood (4300 Years) The Green Comet is the Pale Green Horse arriving when with Death and Hell; the Sun is in Aquarius (Water Pourer); Saturn exits Aquarius on Mar 7; Purim https://theresnothingnew.com/articles/purim/

Joseph, the tzaddik (righteous one) passed all tests with flying colors and resisted all temptation; Judah, on the other hand, was not a tzaddik; not so fast! https://imgur.com/hWWYRbO Eze 37:16; Eze 37:24-27 is about here!

Rabbis explain why the CHABAD godhead (Satan) is about to “totally destroy” both America and Europe, first by cultural genocide and then by actual genocide; HaShem (G-D, El, Allah) will destroy everyone. Edom (Shariah Law; Islam and Noahide Law;Jewish/Christian) is warned of in “Jacob have I loved, but Esau have I hated” Rom 9:13 and Obadiah “...there shall not be any remaining of the house of Esau; for the LORD hath spoken it”; let Rabbi Jonathan Cahn explain it! Choose Esau, sell your soul, become Edom-Amalek https://theresnothingnew.com/articles/amalekites/ Death and Hell follows! https://www.bitchute.com/video/Z2zKk1l6DiPg/ https://www.bitchute.com/video/GFCZccRMDsCg/

https://www.youtube.com/watch?app=desktop&v=MqCdG-TEtvI This is Rabbi Jonathan Cahn calling on Joe Biden to “Repent”; this is Rabbi Cahn https://imgur.com/dsShKax flashing the Sign of Shin, the 3 Nails “666” used to fasten JESUS to the Tree. 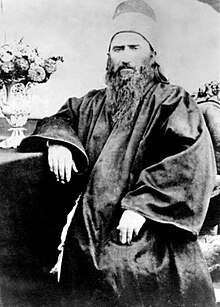 New Baha’i monument and gardens under construction in Akko; Bahá’u’lláh, which means “Glory of God” in Arabic; Baháʼís believe in Muhammad as a prophet of God, and in the Qurʼan as the Word of God. Bahá’í teachings “affirm that Islam is a true religion revealed by Allah”; accordingly,members of the faith can give full assent to the traditional words of the Shahadah; “There is no God but Allah and Muhammad is his prophet”  The Baha’is view Baha’u’llah as the promised Lord of Hosts of the Jews; the reincarnation of Krishna and the Tenth Avatar to the Hindus; the fifth Buddha, named Maitreye, the Buddha of universal fellowship to the Buddhists; the return of Christ “in the glory of the Father” to the Christians; the return of the Imam Husayn to the Shi’a Muslims; the descent of the “Spirit of God” to the Sunnis. Etymologically, the name Allah is probably a contraction of the Arabic al-Ilāh, “the God.” The name’s origin can be traced to the earliest Semitic writings in which the word for god was il, el, or eloah, the latter two used in the Hebrew Bible (Old Testament). El, Elohim, Ilu “Allah” is part Mormonism and same age.

Raëlism teaches that an extraterrestrial species known as the Elohim created humanity using their advanced technology. An atheistic religion, it holds that the Elohim have historically been mistaken for gods. Among them are The Buddha, Jesus, and Muhammad, with Raël himself the 40th and final prophet. Báb (lit. ’Gate’) is a reference to the gate to the Twelfth Imam al-Qa’im (“He who will arise”), a messianic figure also known as the Mahdi (“He who is rightly guided”), the Hidden Imam would start a holy war against evil, would defeat the unbelievers, and would start a reign of justice. Raëlians call their belief system a “scientific religion”, with the International Raëlian Movement using the motto “Science is our religion; religion is our science”. Science is Chaldean language (Dan 1:4) Science is “Avoiding profane and vain babblings, and oppositions of science false so called” 1 Tim 6:20KJV Raël has said that the word “Elohim”, which is used for God in the Old Testament, is actually a plural term which he translates as “those who came from the sky.” Rabbi Mark Biltz “El Shaddai Ministres”: El Shaddai is conventionally translated into English as God Almighty (Deus Omnipotens in Latin, الله عز وجل Allāh ‘azzawajal in Arabic “The God”) https://theresnothingnew.com/articles/shemitah-2022-in-progress/  https://imgur.com/eyaZ2qv  https://www.youtube.com/watch?v=TJAAYRnSJTo&t=366s “But be not ye called Rabbi: for one is your Master, even Christ; and all ye are brethren.” Mat 23:8; Shariah Law or Noahide Law it results is Blasphemy of the Holy Ghost; the only Unforgivable Sin

Golden Chain al-Mahdi prophecy al-Mahdi arrives after the great war in the 40th generation; the 40th Sayyid of Muhammad” Sheikh Nazim abdul al-Haqqani, the 40th in the “Golden Chain” of Sayyids died May 7, 2014. al-Khidr is “Green Man” aka Bacchus/Dionysus/Hermes/St George/Osiris/Saturn.

Mormon “White Horse” aka “Blood in the Streets Prophecy” states “Elders of the church will step up to save the Constitution when it hangs by a thread as thin as spiders silk; daughter rises against mother, son against father, neighbor against neighbor and blood runs down the street from Ogden to Salt Lake as water down a storm drain” Mormons are the Cult of Saturn in America In the mid 1800’s many people called Joseph Smith “Muhammad of America”