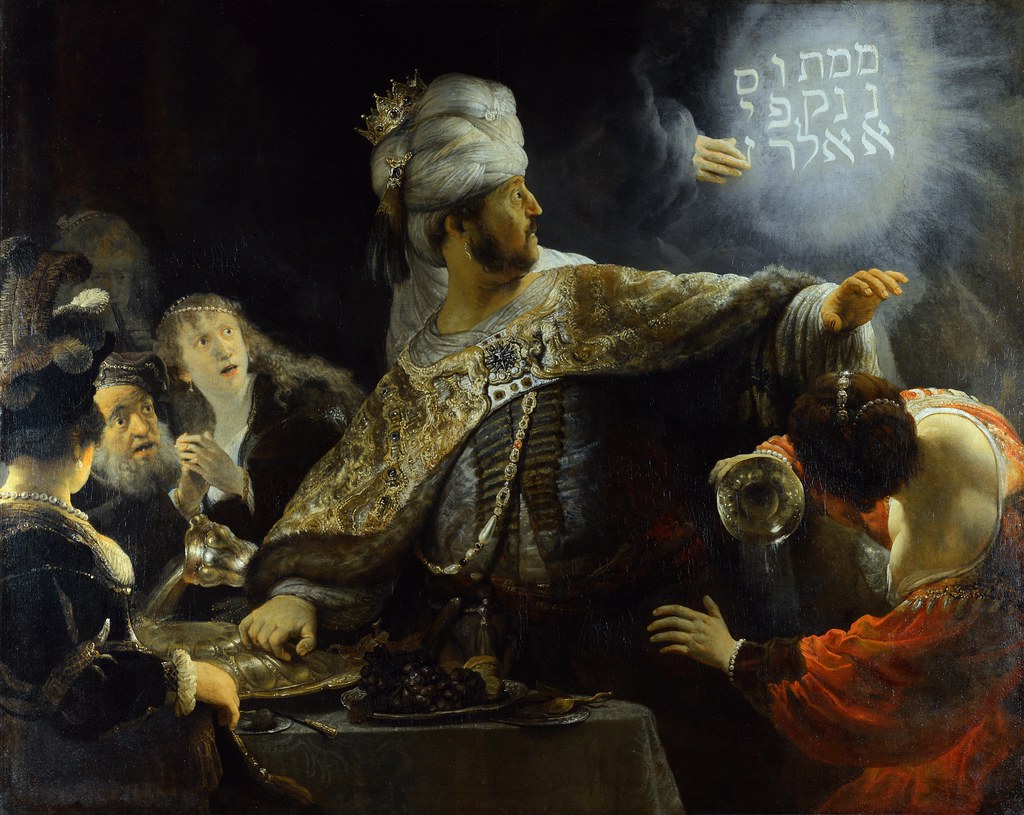 Signs of the Times
Al Aqsa Mosque on fire coincident with Notre Dame Fire on 10 Nisan, the day Jesus presented Himself as the Passover Lamb. Fire broke out in the Marwani Prayer Room; Marwan is a hard white stone used to make fire; al Marwan is the mount in Mecca where the Ramadan Hajj occurs; Imams teach Angel Gabriel delivered the Quran to Muhammad in a cave there. The Word of God and Quran differ as to the sacrifice Abram offered; according to the Quran, Abram to offer Ishmael, the son cast out of Abram’s house with Hagar at the Zamzam well in Mecca; the Word of God says Abram offered Isaac. Gal 4 explains the 2 Covenants, one of flesh in bondage to Jerusalem is through Ishmael, the other through Spirit is under Jerusalem and free of bondage in Heaven. “Nevertheless what saith the scripture? Cast out the bondwoman and her son: for the son of the bondwoman shall not be heir with the son of the freewoman” Gal 4:30.

Maundy Thursday 2019 Lightning hits the Acropolis “Abode of the Gods” in Athens. At the entrance is the Areopagus “Hill of Ares”, the site Paul warned against ignorantly worshipping the UNKNOWN GOD. The Greek Ares is the Roman Mars, Druids called Esus whom sacrifices were hung on trees. In Babylon, Nergal; the UNKNOWN GOD is symbolized by the Rooster (Cock) symbolizing betrayal of Jesus, heralding the Rising Sun

A Stone fell from the Western Wall the day after 9 Av 2018, the day marks the destruction of the 1st and 2nd Temples. A Mist engulfed the Dome of the Rock on the 8th day of the Feast of Tabernacles 2018, the day Jesus was Circumcised 8 days after His birth. 3 weeks later, a snake (Palestine Viper) chasing a pigeon crawled out of the Western Wall and 3 days later on Nov 5, 2018 Sink Holes open at the Gate of Mercy. The Gunpowder Plot of Nov 5, 1605 was the Jesuit attempt to prevent publication of the prophesied 7th purified Word of God in Ps 12:6, the KJV; Jesus is the Word made Flesh. The East or Golden Gate, through which Messiah is expected to enter is the Gate Jesus entered 6 days before Passover to offer Himself; He called the Pharisees a “Generation of Vipers”. Money Changers were selling Sheep, Goats, Doves and Pigeons; sacrificial animals Jesus replaced with Himself. So now what say you? Just a coincidence? The Shas Party controls Ulta-orthodox, Sephardic and Mizrahi communities; Rav Eliezer Berland said “Messiah is coming straight after Seder Night”; no folks, this Messiah is not Jesus Christ.

FCC Chair Ajit Pai to hold 3rd auction of 3400MHz 5G bandwidth Dec 10, 2019. 5G SkyNet is the Tower of Babel
AT&T the largest 5G infrastructure investor spun off Bell (Bel=Confounder; Belus) Labs creating Lucent Technology 23 years ago; HQ at 666N Broadway, Lucent “Lucifer’s Intelligence” uses Limbo (Edge of Hell) programming language interpreted by Dis (Dis Pater is God of the Underworld=Pluto) in the Inferno (Dante’s Inferno=Hell) Ops System. Dante defined Inferno as “Evil Ditches”, the 8th Circle of Hell whose center is the 9th Circle “Blasphemy against God”. “Inferno is designed to take the Chaos out of the Electronic Tower of Babel” Inferno inventor Peter Bernstein. Dante’s 9th Circle of Hell “Blasphemy against God” is unforgivable. Inferno ties the IOT (Internet of Things) together making all devices interconnected. Styx Architecture is named after the River bordering Hell, the region where Devils reside aka Limbo, the lower region of Hell where Judgment occurs. Styx architecture is called Path Star, a variant of 9p or Plan 9 Core Architecture; 9 the number of Divine Judgment; P is Greek Rho “Royal”, the Eye of the Needle in Hebrew Qop; the Golden Gate or East Gate of the Temple Mount through which Jesus entered and was rejected will be the Path to the 3rd Temple and Hell.

Beresheet Beresheet (In the Beginning) crashes in the Sea of Serenity (Peaceable Ruler). BabEl=Bab-ilu “Gate of Sin”; Arab Moon God=Sin.

Trump began his 2020 (2020 Vision ring a Baal?) Trump-Pence (Trumpets) campaign theme set to Dark Knight Rises music score and is sued for Copyright infringement of a law just passed by the European Parliament; the Whore of Babylon rides the Beast in front of the Brussels EU Parliament; in Strasbourg, the $12B EU Parliament was built as an unfinished Tower of Babel with Seat #666 held vacant.
NASA’s Jim Bridenstein (Bride + Stone) announces Orion (Heaven’s Light) Program “Early Lunar Gateway” The Great Pyramids were built to reflect Orion on Earth. The Moon is the Arab god “Sin”; Gateway of Sin is the Tower of Babel.

Event Horizon (Point of no return) Black Hole picture in M-87 Virgo A. M is the astrological symbol of Virgo; the Society of Ormus (Snake) uses M and OURS to symbolize their claim to Eretz Israel (Nile-Straits of Hormuz). 87=Eden; there are 87 stars in Ursa Major, 7 of which are visible as the Big Dipper, the Water Pourer of the Golden Age ruled by Saturn.
Apple TV+ “See” Series about a post Apocalyptic world without Sight. 4 Horsemen begin the Great Tribulation; Jesus warns “Come and See”. Same loss of Sight theme of is in the 1997 movie Event Horizon

Ebola epidemic in the Congo spreading to North Africa and eventually to Europe; Ebola, a man-made auto-immune plague named after the Balls used in the Flagrum to Scourge victims before Crucifixion.
Arch of Triumph aka Sacrificial Arch of Isis aka Arch of Septimus Severus (7+Stern) from the Temple of Baal recreated and installed at the Temple of Nations on the birthday of Septumus Severus in time for Passover. Severus obtained the kingdom by deceit and murder; his son Caracalla’s broad grant of Roman citizenship to immigrants led to Rome’s downfall; sounds familiar eh?

Sancta Scalia, the 28 steps (28 is the Saturnian and Menstrual Cycle) Jesus climbed to receive the sentence of Crucifixion from Pontius Pilate unveiled at St John Lateran. Pontius Pilate didn’t order the Crucifixion; Pharisees aka Synagogue of Satan did. The marble steps were invented by Druid princess Helena, mother of Constantine, 300 years after the Crucifixion to institute “Relic Worship”. She miraculously found the Nails used in the Crucifixion, and proclaimed Mt Sinai was really in Egypt not Arabia as Gal 4 plainly states. Lateran
“And in his estate shall stand up a vile person, to whom they shall not give the honour of the kingdom: but he shall come in peaceably, and obtain the kingdom by flatteries.” Dan 11:21
Think all this is coincidence? Guess Again, it was planned over 2000 years ago.

Comet Borisov (Wolf) entered the womb of Virgo (Black Virgin Isis/Asherah) from Leo Nov 2016 to join Jupiter; after 9 months, Jupiter exits the womb of Virgo on Sept 23, 2017 under a Crown of 12 Stars with the Moon at her feet matching the Rev 12:1 Prophecy. Sept 22 is the date the Serpent descends the steps of El Castillo, the Pyramid of Quetzalcoatl in Chichen Itza and the day the Sun contacts the Brass (3rd Kingdom of Brass Den 2:39 is 3rd Beast Kingdom “Edomite Dominion” Dan 7:6)

On Rosh Hashanah Sept 20, 2017 the Christ Angle formed with Al Nitak “Wounded One” in Orion “Heaven’s Light” at Meridian over its Mirror Image in the Great Pyramids; the Christ Angle (26.3 deg) connecting Bethlehem with Mt Sinai in Arabia “Jebel-al Laws” matches the angle of the ascending and descending passages of the Great Pyramid which was built to reflect the angle between Bethlehem and Jebel al Laws in Arabia well before either location came to be of importance in Scripture.

Comet 21/Borisov makes closest approach to the Sun on Pearl Harbor Day and to Earth on Dec 30, 2019 on 25 Kislev, the 8th day of Hanukkah. 21/Borisov is passing from the constellation Crater, the Wine Cup of Apollo/Apollyon “Destroyer” of Rev 9:11 aka Satan, to Hydra the water snake called “That Old Serpent”. Crater, Corvus (Crow/Raven of Apollo; the Crow didn’t return to Noah’s Ark) and Hydra were cast into the sky by Apollo. Donald Trump’s 66th floor penthouse is a shrine to Apollo; Vladimir Putin (both Trump/Drumpf and Putin are Conversos ie Chaldean Satanists managed by Chabad Lubavitch Rabbis pretending to be Presbyterian and Orthodox Christian) featured Apollo during the Sochi (Flame) Olympics for a reason.
Pope Benedict XVI released Peace Doves on the International Day of Peace in 2013 which were attacked by a Crow; he abruptly resigned 2 months later as lightning hit St Peter’s Basilica TWICE the same night. Pope Francis became the 1st Jesuit (Militia of Zeus) Pope on Red Heifer Day 3/13/13; there are 313! (Woes) in the Authorized Bible, the last is the 3rd Woe! fall of Babylon (Rev 18:19).
Pope Francis signed a Universal Peace Proclamation with Islam, Orthodox and Protestant religions, recently stating the “In order to have Universal Peace, the Scourge of Christian Fundamentalism must be eliminated” Fundamentals like Jesus is the only way to Heaven must be eliminated through acceptance of Shariah or Noahide Laws which require rejection of the Holy Ghost, the Unforgivable Sin.
Babylon the Great City falls because of her costliness; the US is most definitely the most costly nation in terms of Debt, but the US is not Babylon! Worldwide Debt owed to Edomite Bankers is Babylon! currently standing at $77T. Liber Oz: Book 77 is the Thelemic Bible of sorts, written by Luciferian Mason Aleister Crowley (Wood of the Crows) with the Witchcraft Axiom “Do what thou wilt shall be the sum of the Law”; the 4th Beast of Iron (Hematin is Blood carrying Iron) is described in Dan 7:7 for a reason. 77 represents a Jubilee; reversal of roles between Slave and Master through Debt forgiveness; Jesus warned Creditors make Slaves of Debtors . Jesus forgives the debt of Sin through the Holy Ghost; Edomite Bankers who descend from the Money Changers Jesus whipped at the Temple forgive Debt by acceptance of the Mark of the Beast; the Black Horse (Rev 6:6) collapses the world economy and carried 2 Balances for a reason! The year after Pope Benedict had his Doves attacked; Pope Francis had his Doves attacked by a Crow and Seagull (Seagulls figure prominently in Mormon deliverance). Odds of this happening by chance are Zero.
21/Borisov passes closest to Earth on 25 Kislev, the 8th day of Hanukkah (Feast of Dedication), the day Judah Maccabee cleansed the 2nd Temple Altar of Pigs Blood; 2019 is the Chinese year of the Earth Pig; again, a bit too coincidental to ignore.
Moses constructed a 7 Branch Candlestick representing the 7th Covenant between God and Man; Jesus, the author of the Covenant was nailed to a Tree between 2 Thieves forming the 7 Branch Candlestick. The New Testament and Covenant came about with the death of the Testator via a Dove representing Baptism of the Holy Ghost; Chaldean fake Jews prefer the 8 branch Menorah; the Chabad Lubavitch uses a 9 branch Menorah; in both cases Shamash the Babylonian Sun god of Justice replaces Jesus. Everyone on Earth will either be in or out of Covenant with JESUS (Mat 1:25KJV) aka JEHOVAH (Ex 6:3); everyone out of Covenant with JESUS will hear “Depart from me, I never knew you” Mat 7:23